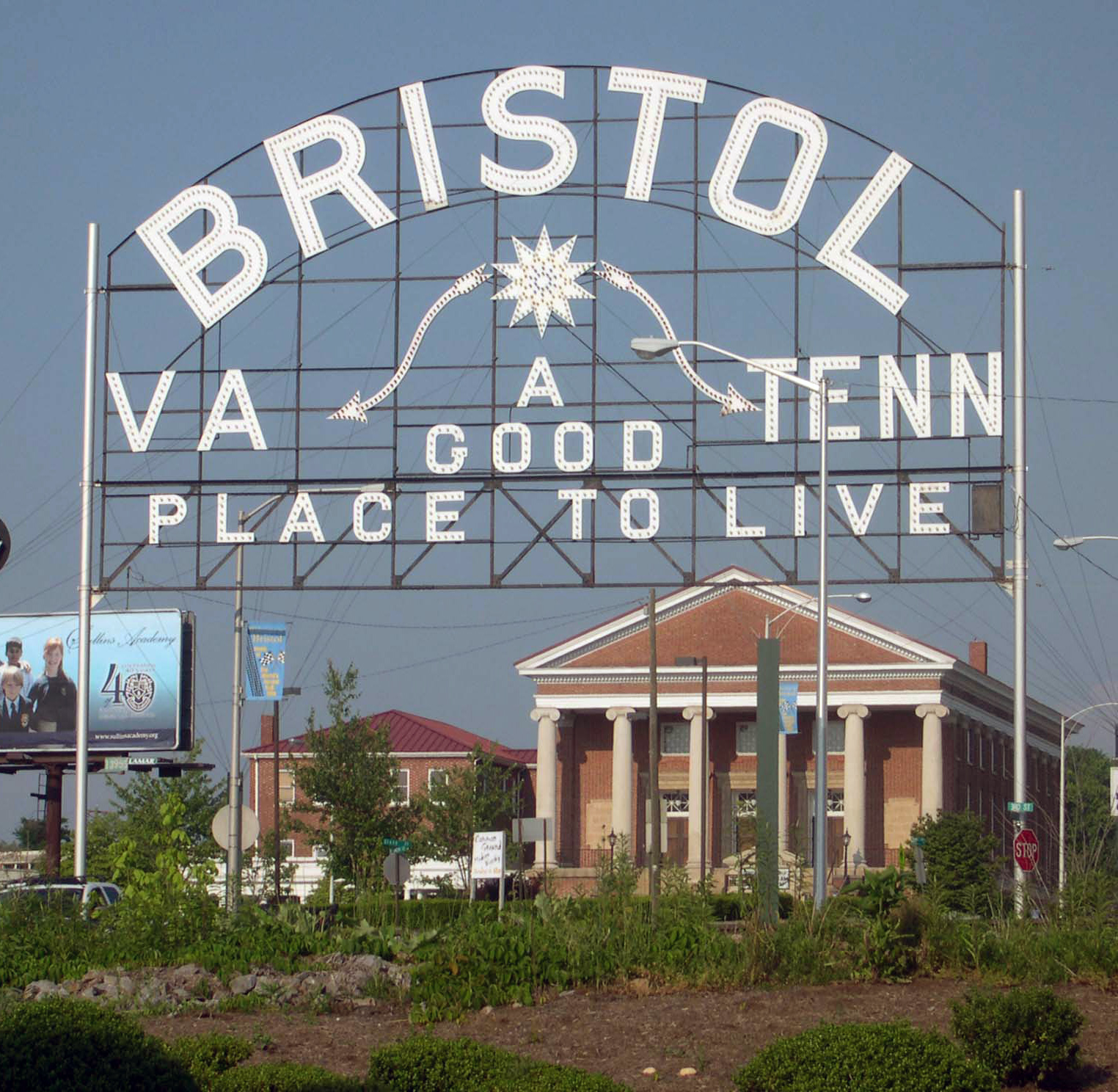 The most identifiable landmark of the twin cities of Bristol, Virginia and Bristol, Tennessee is the large electric slogan sign spanning the state line on State Street. Constructed of structural steel, the sign measures 60 x 35 feet and weighs two and one-half tons. It was donated in 1910 by Henry L. Dougherty, head of Dougherty and Company of New York, owner of Bristol’s electric company. It originally was placed atop the Virginia-Tennessee Hardware Co. building but was relocated to its present site in 1915. In 1921 the slogan was changed from “Push! . . . That’s Bristol” to “Bristol . . . A Good Place to Live.” The sign was restored in 1982 and remains a much-admired expression of civic pride for two cities with a special common history.