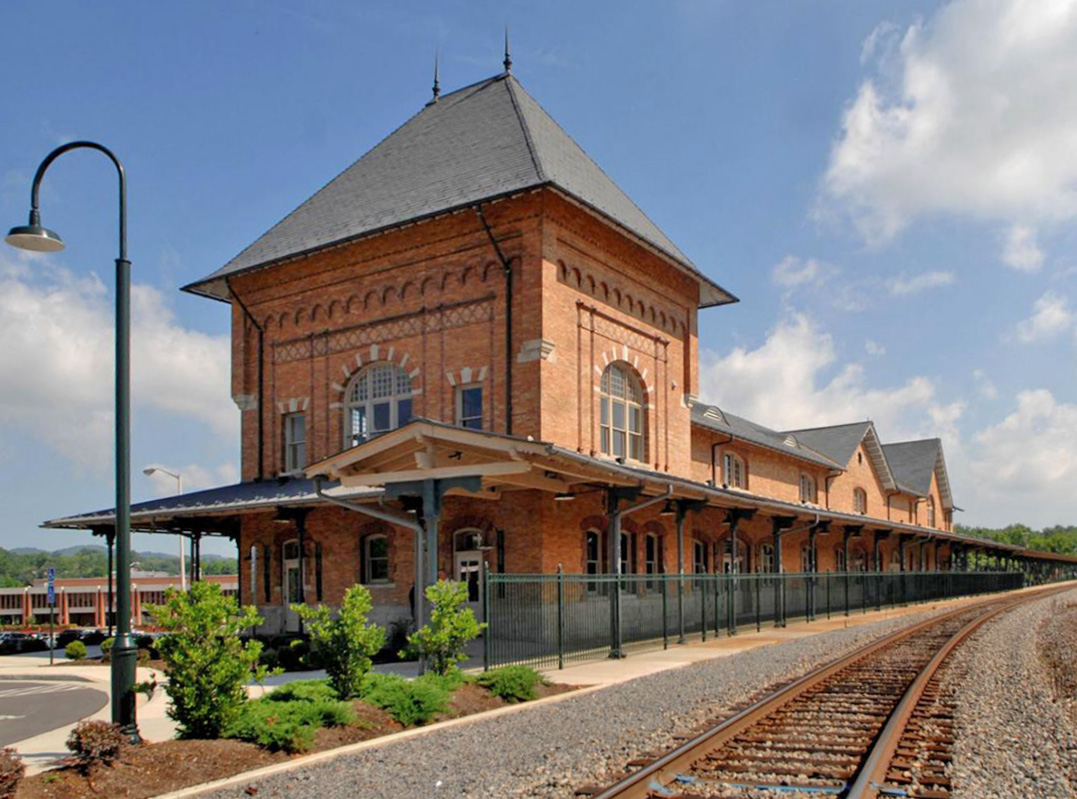 Occupying a conspicuous location on the edge of Bristol’s commercial district, the Bristol Railroad Station, originally known as the Bristol Union Railway Station, was constructed in 1902. The stone-and-brick structure is one of the last surviving examples of a series of depots built before World War I by Norfolk and Western Railway workers for the company’s rapidly expanding system. The contractor was John Pettyjohn of Lynchburg; George Pettyjohn, his brother, was supervisor of construction. Successfully blending Romanesque and European vernacular idioms, the building, with its authoritative hipped-roof end pavilion, exhibits a degree of architectural sophistication rarely found in the passenger stations of other medium-size Virginia cities. The station stood unoccupied for several years after the termination of passenger service and was converted to a shopping mall in the 1980s. After a successful rehabilitation, the building now serves as a meeting place for local organizations and event center.