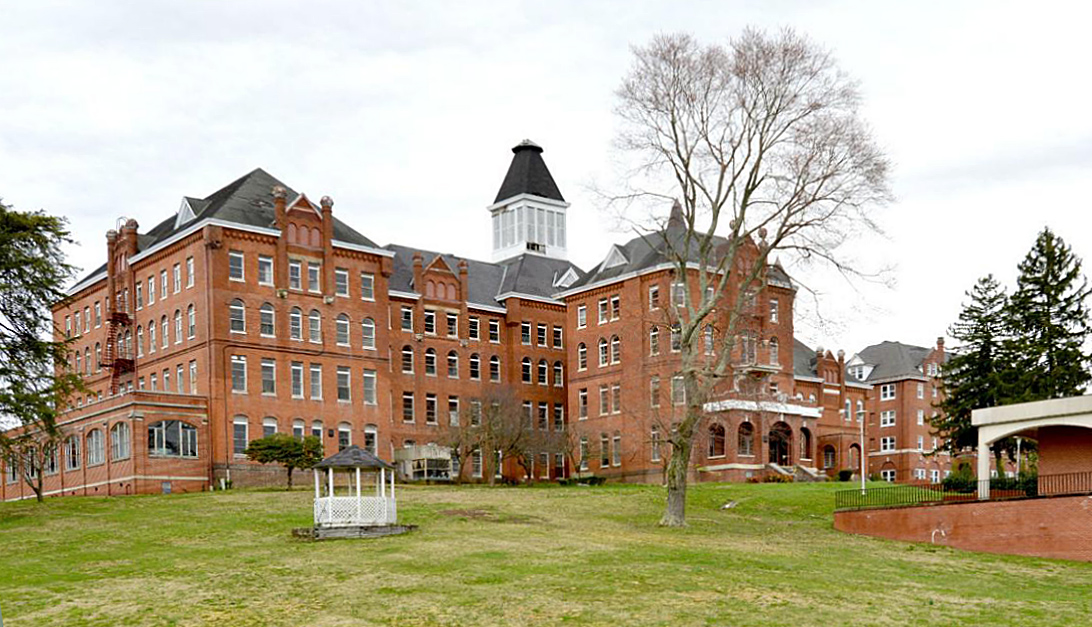 Virginia Intermont College was founded in 1884 to meet the demands of local Baptists to have higher education available to the women of the Bristol region. The school began in Washington County’s Glade Spring, as the Southwest Virginia Female Institute under the guidance of the Rev. J. R. Harrison. The massive main building, constructed following the relocation of the institution to Bristol in 1891, was designed by Walter P. Tinsley. With its blending of Queen Anne and Romanesque references, this architectural landmark displays the aggressive eclecticism of the era. Contrived to accommodate a number of functions under one roof, the building’s plan reflects normative 19th-century academic planning. Upon completion of the work, Tinsley retired from practice and became a Baptist minister. Open to both sexes in the 1970s, the school continued to grow until the early 2000s, closing in 2014.