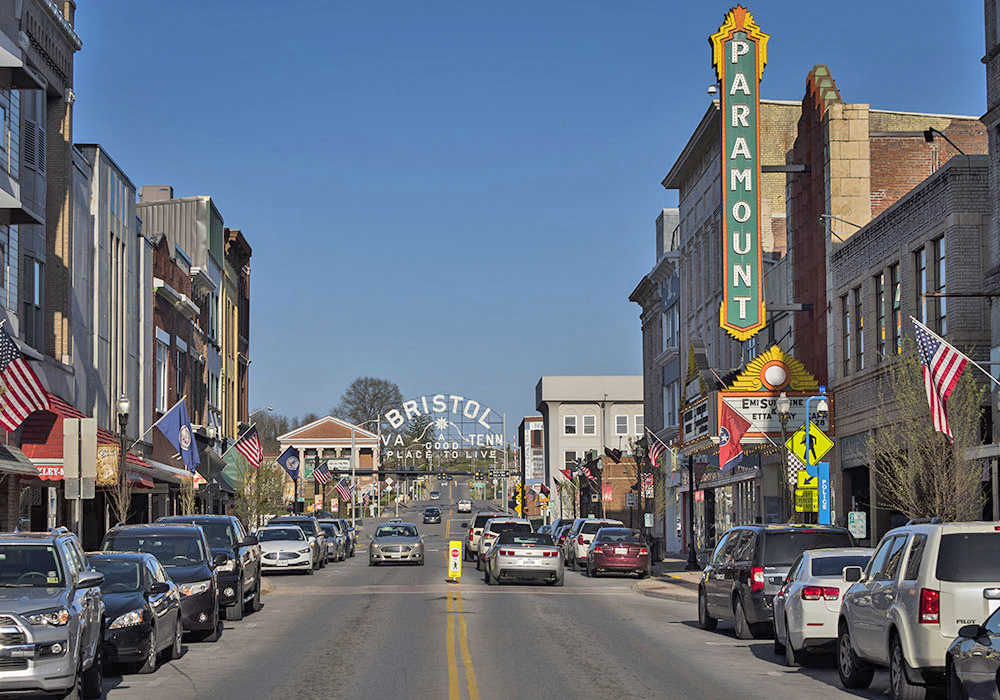 Bristol Commercial Historic District is located in the commercial center of the city, which is unique in that it straddles the Virginia-Tennessee border. State Street provides the main corridor in downtown Bristol, and its center line serves as the boundary between the two states. Eighty percent of the district’s 105 buildings are evaluated as contributing to the late-19th- and early-20th -century architectural character of downtown Bristol. The city grew with the construction of steel rail-era railroads, and the downtown developed as an important commercial, industrial, and entertainment center.  The district has been expanded to include a number of related properties on Piedmont Avenue.