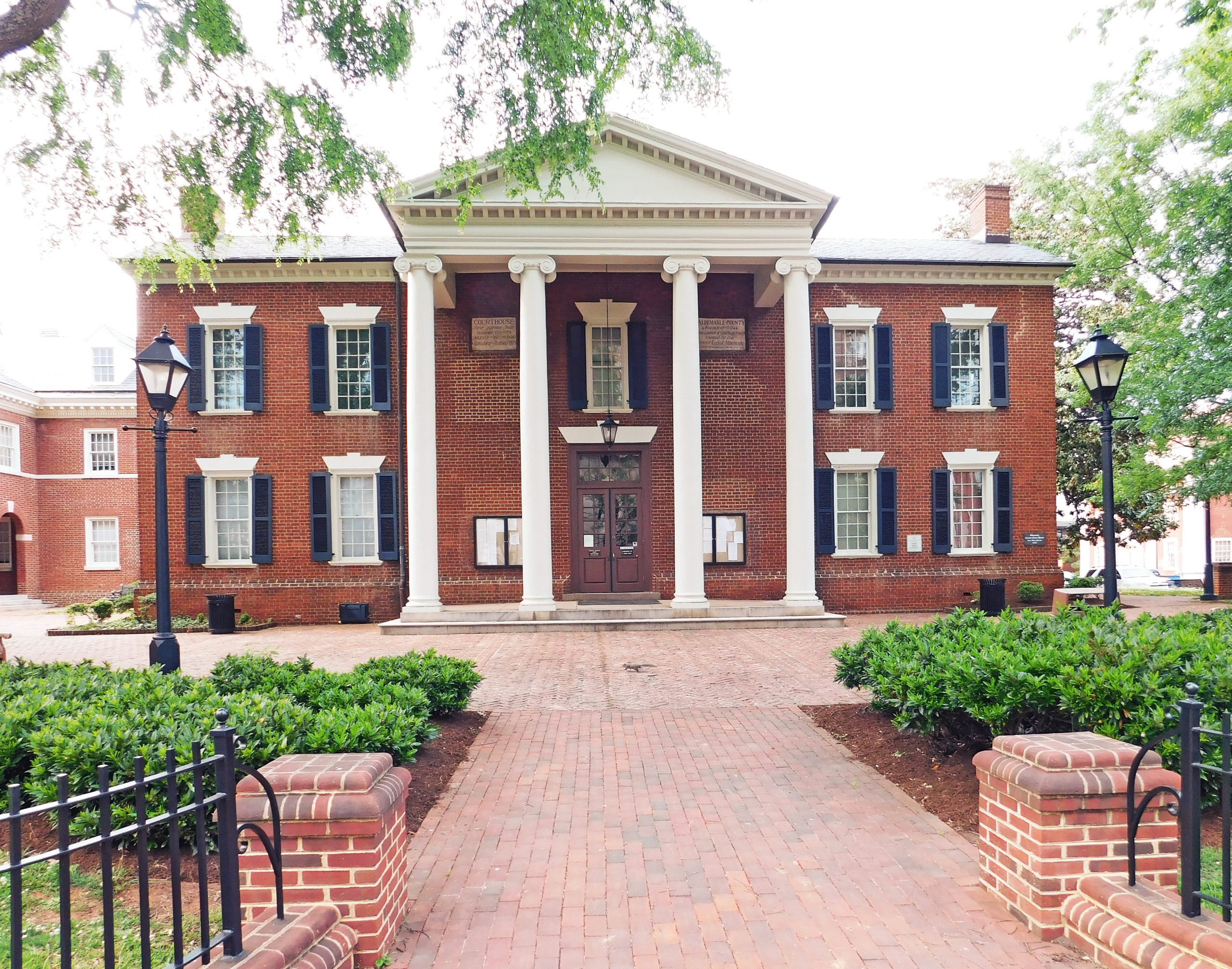 The principal feature of this compact Albemarle County Courthouse Historic District in downtown Charlottesville is Court Square, a focus of county activity since it was laid out in 1762. In the early 1800s it was not unusual to see Thomas Jefferson conversing here with James Madison and James Monroe. On the square is the county courthouse of 1803, which also served originally as a community church where Jefferson sometimes attended services. Around the square sprang up mid-19th-century law offices, residences, and taverns, among which are the former Swan Tavern and the former Eagle Tavern. The 1851 Classical Revival town hall was purchased by Jefferson M. Levy, the then owner of Monticello, and converted into the Levy Opera House in 1887. Except for the multi-storied Monticello Hotel building, the district maintains a consistent scale and architectural harmony.  The Albemarle County Courthouse Historic District centers the much larger Charlottesville and Albemarle County Courthouse Historic District.