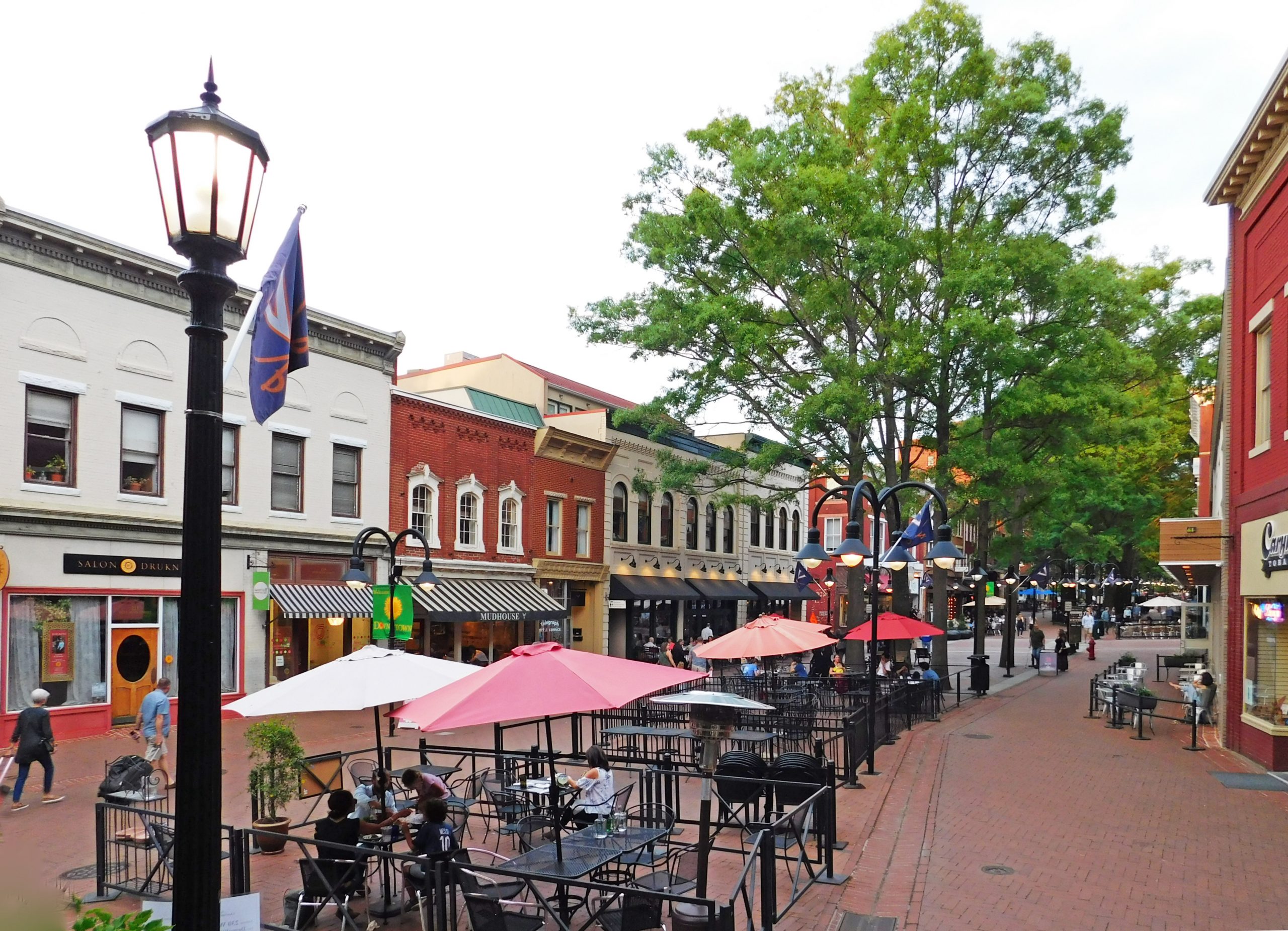 Charlottesville has been a regional political center since becoming the Albemarle County seat in 1762. In addition to its associations with Thomas Jefferson and the University of Virginia, the city is significant for the diversity of its 19th- and early-20th-century architecture. The heart of the district is the courthouse square, containing the courthouse and several 19th-century brick offices. Also in the district is an archetypical late-19th-century main street which was made into a pedestrian mall in the 1970s. Architectural highlights are the former public library, the former post office, and a railroad station, all employing a learned classicism. Adjacent industrial buildings and several adjoining residential neighborhoods complete the district. Scattered through the district are various Federal and Greek Revival houses. While not devoid of intrusions, the district gives Charlottesville’s downtown a strong sense of historical continuity.

Additional documentation to amend the Charlottesville and Albemarle County Courthouse District Nomination was submitted in 1995 to include the Confederate Memorial of Charlottesville and Albemarle County as a contributing object.  This 1995 amendment is attached to the original 1980 nomination documentation.
[VLR Accepted: 12/6/1995; NRHP Accepted: 10/8/2008]