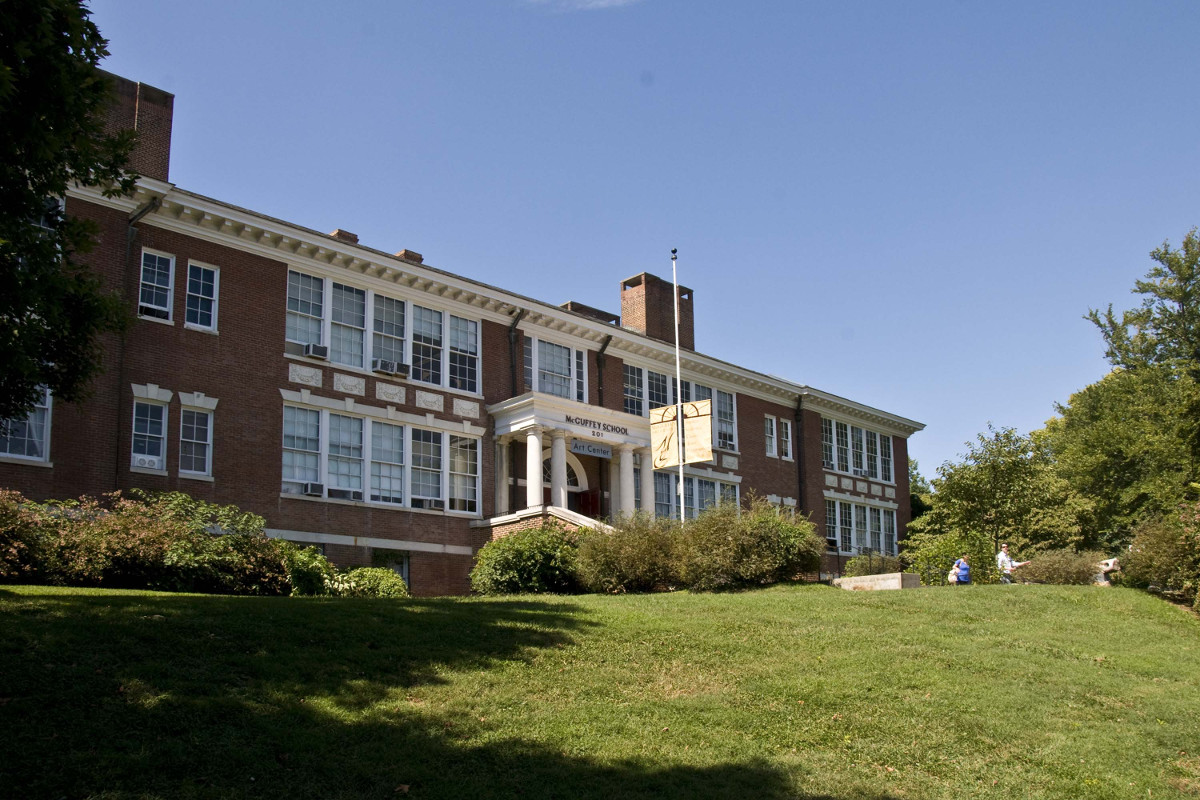 The William H. McGuffey Primary School in Charlottesville, built 1915-16, was named for the author of the first standard U.S. reader series and staunch advocate of public education, who also taught ethics at the University of Virginia. The school, a two-story, brick building in the Colonial Revival style, was Charlottesville’s first primary school building constructed for that purpose. It was lauded for its physical harmony, both on its facade and with its interior layout, which followed contemporary guidance for Progressive Era primary and secondary school design. The building became a model for subsequent school construction in Charlottesville. In 1973, McGuffey School, the first area school to employ a female principal, ceased operations.