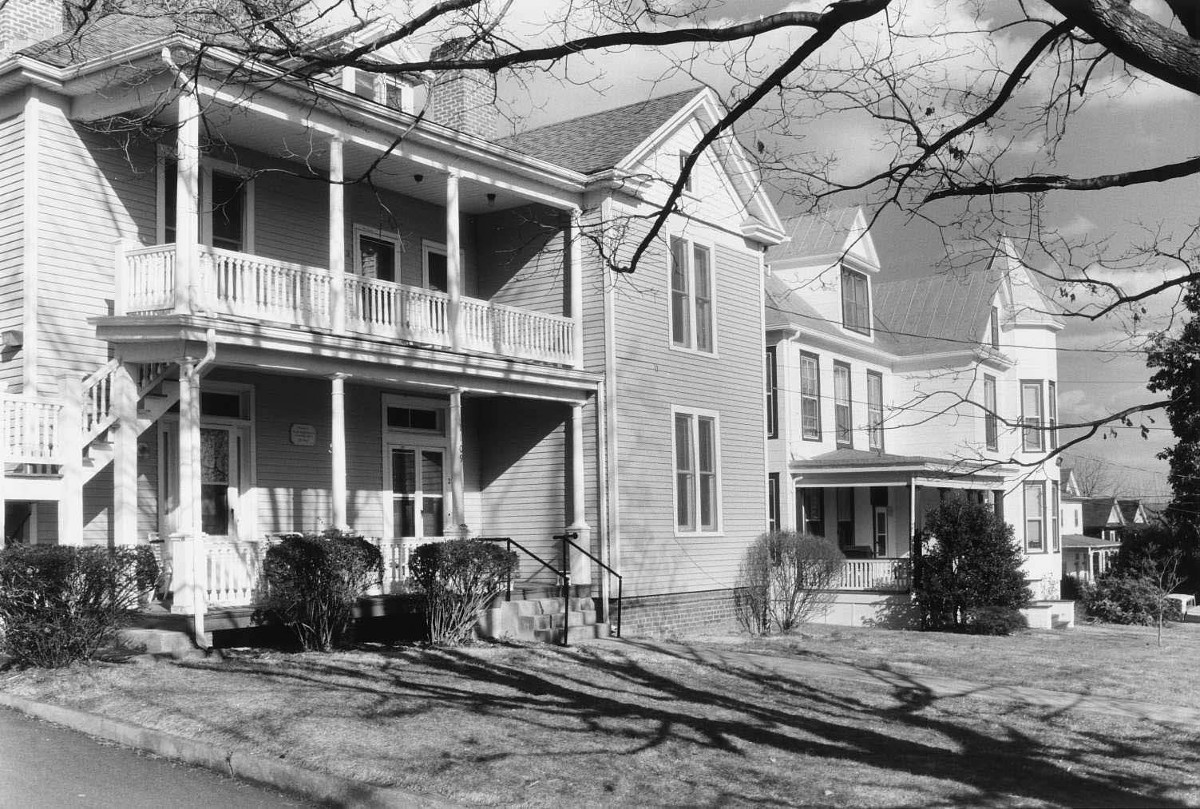 A genteel residential quarter between the University of Virginia and downtown Charlottesville, this compact district is defined by approximately thirty, mostly ca. 1900, free-standing dwellings. Wertland Street takes its name from the family of William Wertenbaker, appointed by Thomas Jefferson to serve as the university’s second librarian, a post he held for over fifty years. Wertenbaker’s 1830 brick I-house at 1301 Wertland Street is the oldest house in the district. Its grounds originally extended to Main Street. The formerly semi-rural area began to be developed in the 1880s as one of several neighborhoods serving members of the university community. By the early 1900s more than fifteen houses had been built, primarily on Wertland Street. Today, though adjacent to the bustle of a huge university and a commercial corridor, the neighborhood preserves a hint of the quiet, reassuring ambience of pre-World-War I America.

The buildings and districts listed under the Charlottesville Multiple Resource Area nomination represent a cross section of all the city’s historic periods, from the founding of Charlottesville in the 1760s through the advent of the automobile and the impact it had on the city’s expansion. Also included are structures that have played an important part in the history of Charlottesville’s black community.
[Original VLR Listing of the Wertland Historic District: 10/20/1981]