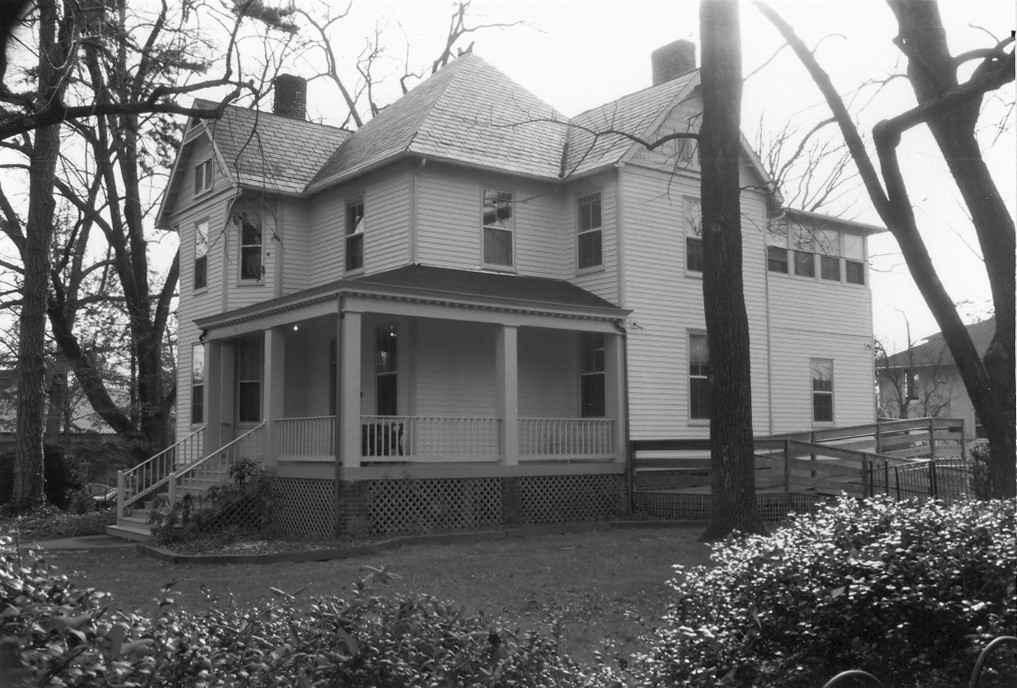 This handsome two-story white weatherboarded Queen Anne-style house is irregularly square with projecting bays on all sides. The central block is two bays wide and double pile. Its high foundation is of brick laid in five-course American-with-Flemish bond with a wooden water table. In 1892 Richard Heath Dabney, history professor and later dean of the Graduate School of Arts and Sciences at the University of Virginia, purchased three lots in Preston Heights. He built this house in 1894 and lived there until 1907.