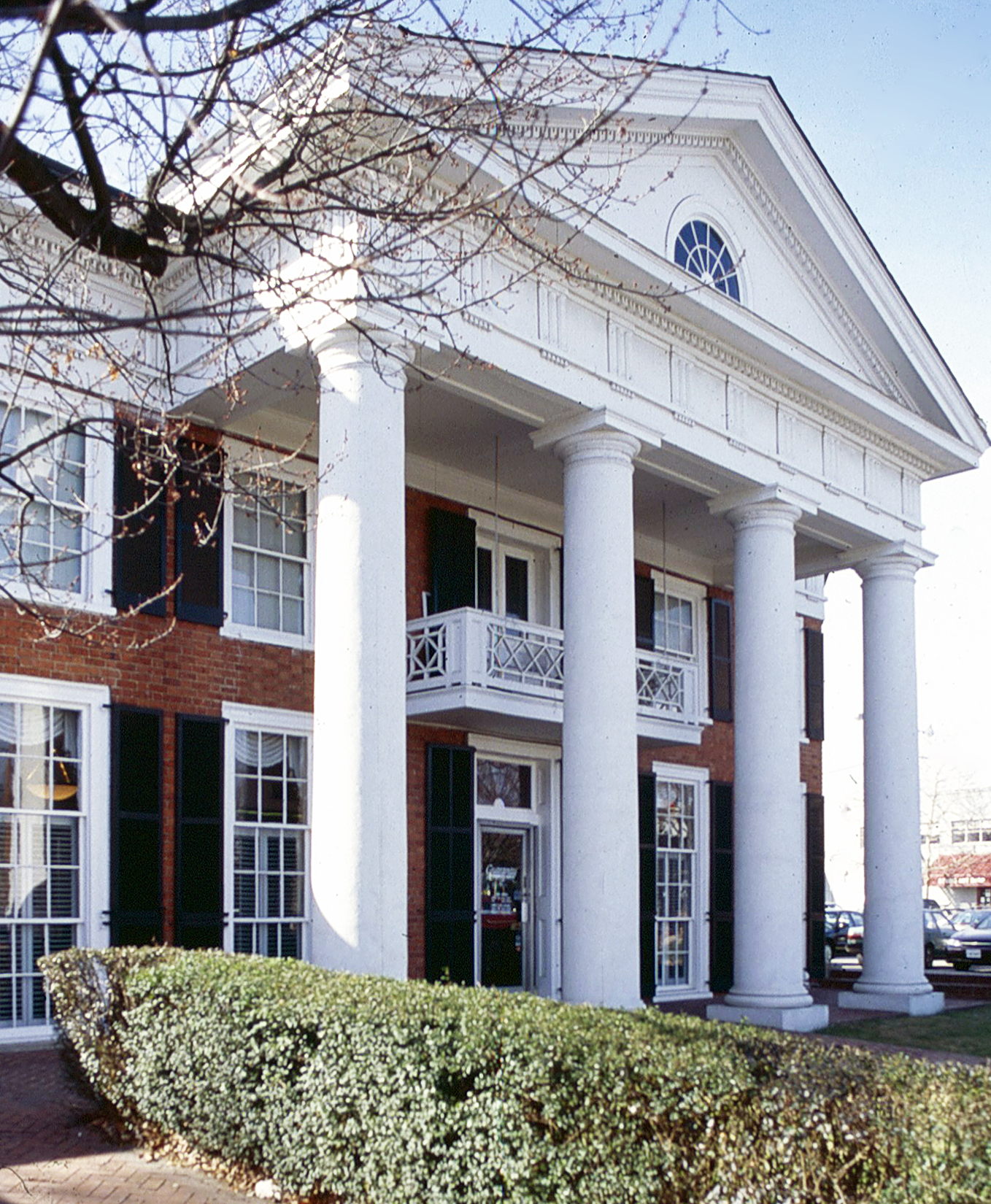 The Patton Mansion is an impressive early-20th-century example of the Jeffersonian Revival style. It was the built by John S. Patton, librarian at the University of Virginia, and served as his home until his death in the 1940s.  Soon after, the house was converted for commercial use, first as an antique shop and later as a branch of the Citizens Bank (later the Central Fidelity Bank).