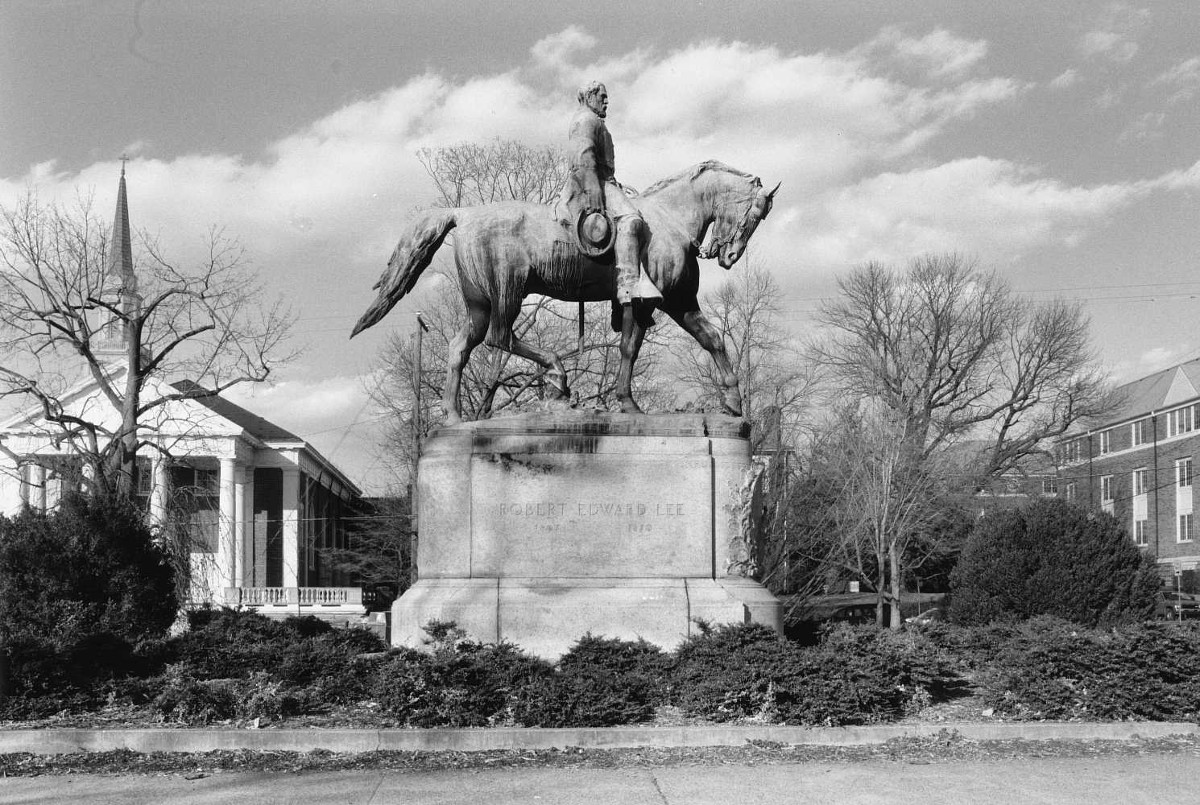 With the exception of Richmond, no Virginia city can boast a more important collection of public sculpture than Charlottesville. The principal pieces of this body of work are the four sculptures donated by local philanthropist Paul Goodloe McIntire. For the Lee monument, McIntire created a place worthy of a likeness of the Confederacy’s most distinguished general when in 1917 he purchased a block in the heart of downtown. Now known as Lee Park, it was the first of four public parks that McIntire gave to the city. The equestrian statue was commissioned from sculptor Henry Shrady that same year. Shrady died before completing the work and the statue was finished by Leo Lentelli in 1924. The powerful composition stands on an oval pedestal of pink granite design by Virginia-born architect Walter Dabney Blair.