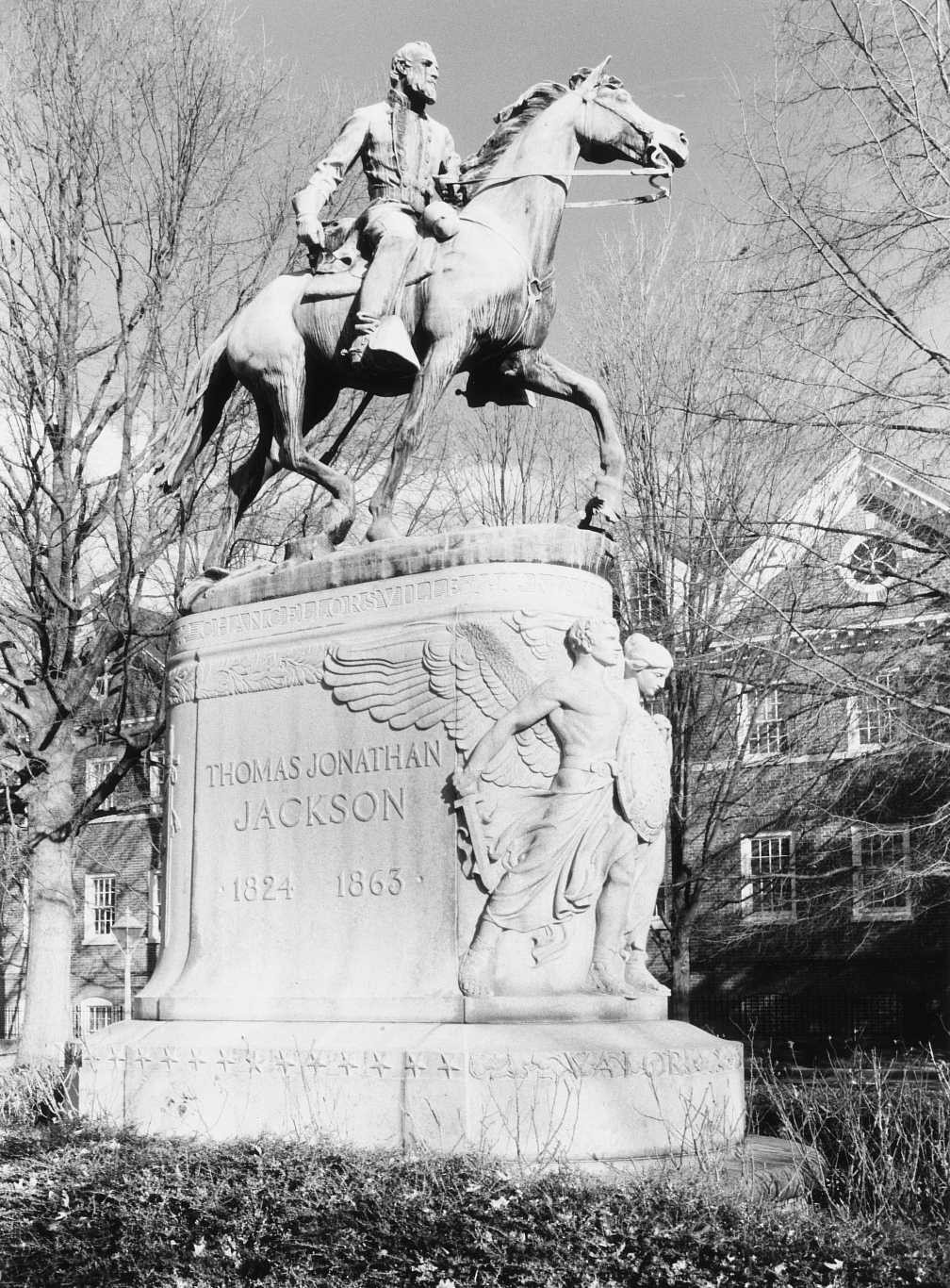 Adjacent to the Albemarle County Courthouse, the equestrian statue of Thomas Jonathan (“Stonewall”) Jackson is the third of four monuments given by philanthropist Paul Goodloe McIntire for the embellishment of his native city. Such civic works of art were essential ingredients of the City Beautiful Movement, a turn-of-the-century effort to enhance America’s cities with public amenities of fine design. Charlottesville’s much-praised Lewis and Clark monument encouraged McIntire to commission the eminent sculptor Charles Keck to produce this additional work. Though a monument to Jackson was contemplated as early as 1897, not until Keck’s statue was unveiled in 1921 was the ambition fulfilled. Keck portrayed Jackson riding into battle on Little Sorrel. Carved on the granite pedestal are allegorical figures of Faith and Valor. The work has been considered one of the nation’s finest equestrian monuments.