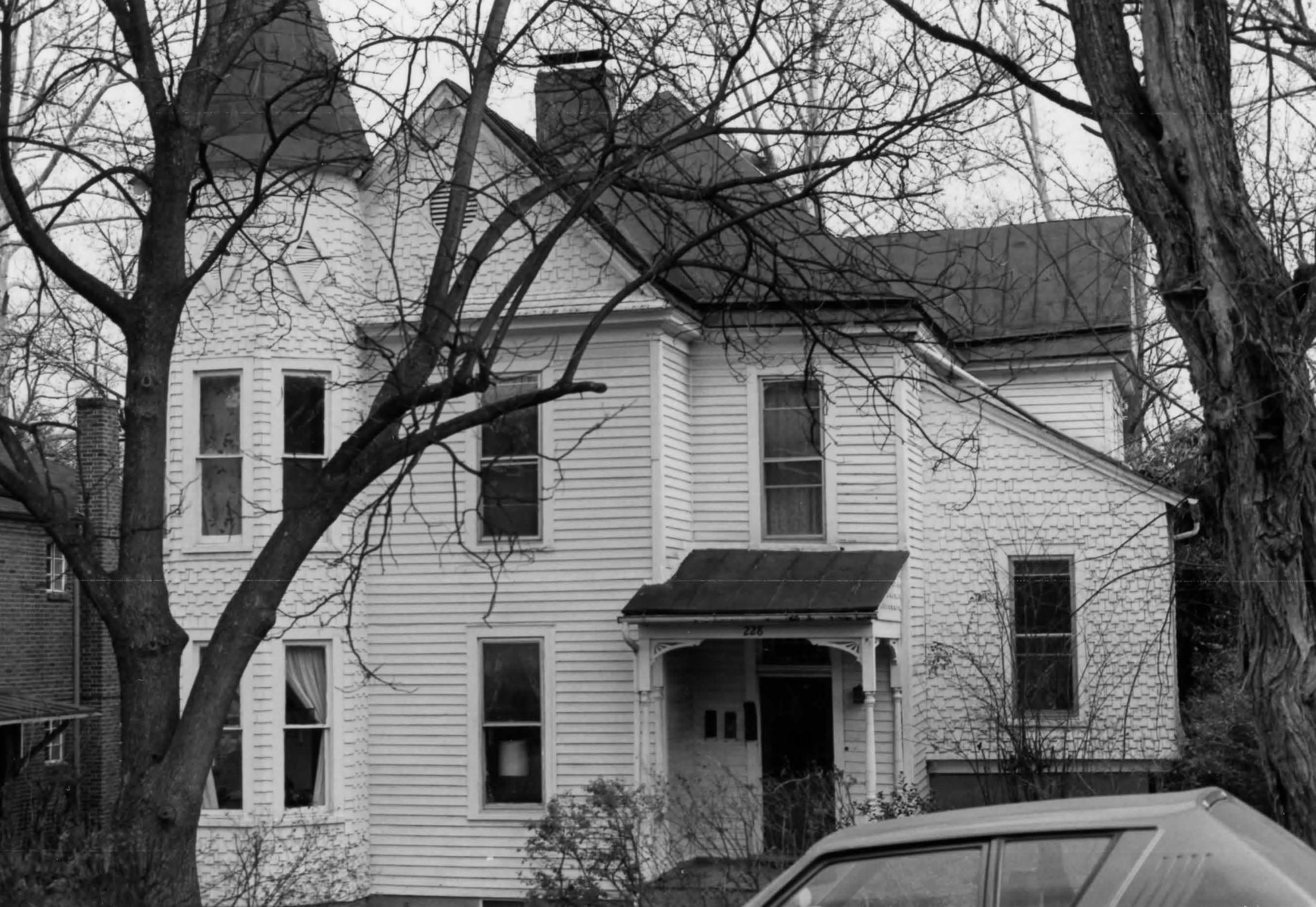 The McConnell-Neve House in Charlottesville, near the grounds of the University of Virginia, is a fine example of the Victorian style. Its slender octagonal tower, steep roof, and irregular silhouette give it a touch of the Chateauesque style.  The ca 1894 McConnell-Neve House was, at the time of its listing, in use as a rental property, having been divided into three apartments.  The house appears to have been demolished in the mid-1980s, along with some neighboring buildings, and the site redeveloped into a much larger apartment complex.