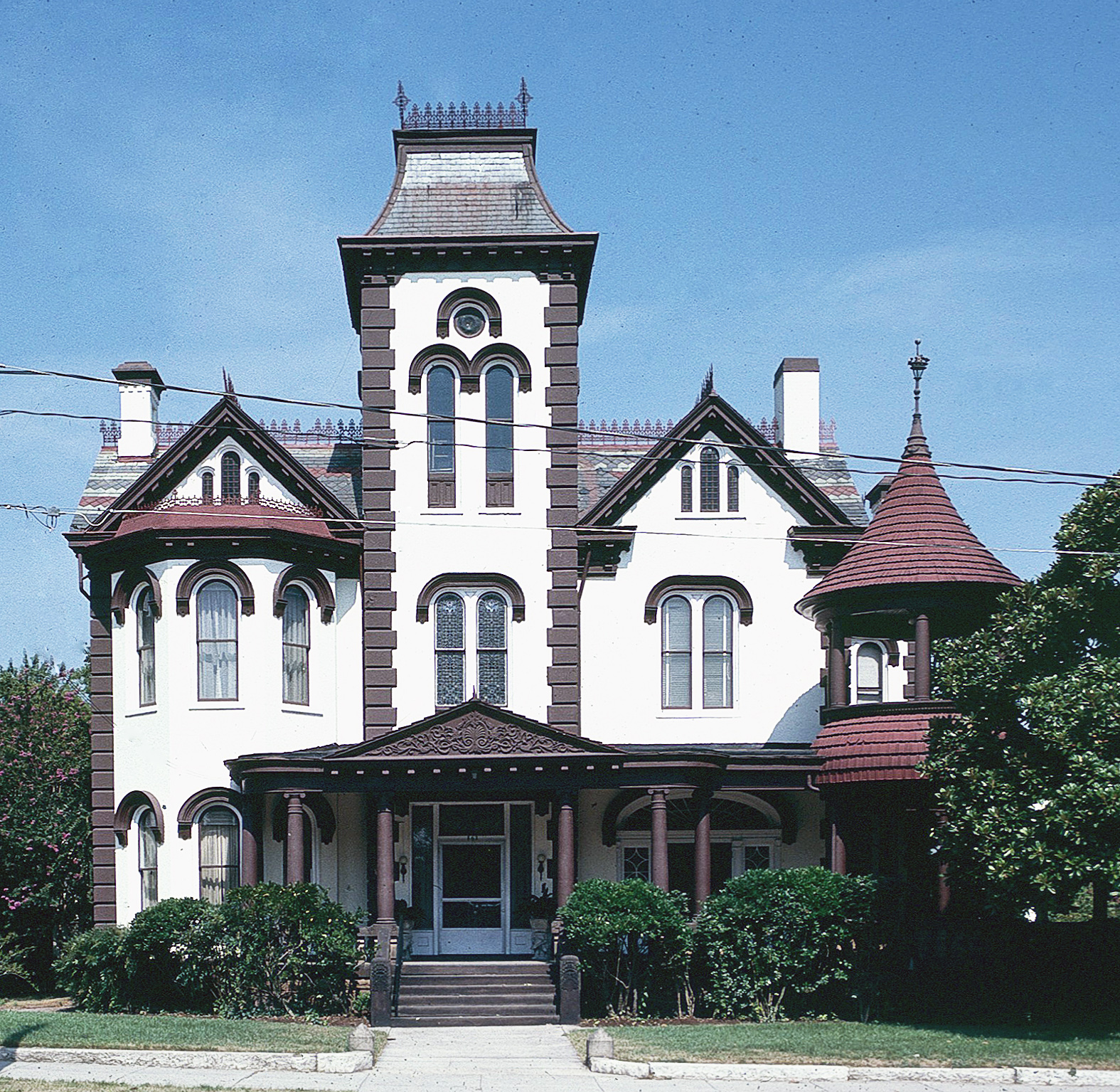 A symbol of Danville’s 19th-century affluence, the Penn-Wyatt House is the city’s most exuberant example of Victorian residential architecture. The original owner, James Gabriel Penn, came to Danville in 1868 and established himself as a tobacco commission merchant. By 1876 he could afford to build the most extravagant of the many showy houses on Main Street (in the Danville Historic District). Penn’s continued prosperity is reflected in the improvements made in 1887 and 1894. The resulting structure thus exhibits a range of late-19th-century stylistic influences. The most noteworthy addition is the front porch, with a detached, circular, two-tiered conical-roofed porch at its northeast corner. Consistent with the exterior is the ornate interior, which retains many of its fittings, including intricately carved woodwork, stained-glass windows, and a variety of light fixtures. Penn’s widow sold the house in 1934 to the Wyatt family, who owned it until 1977.