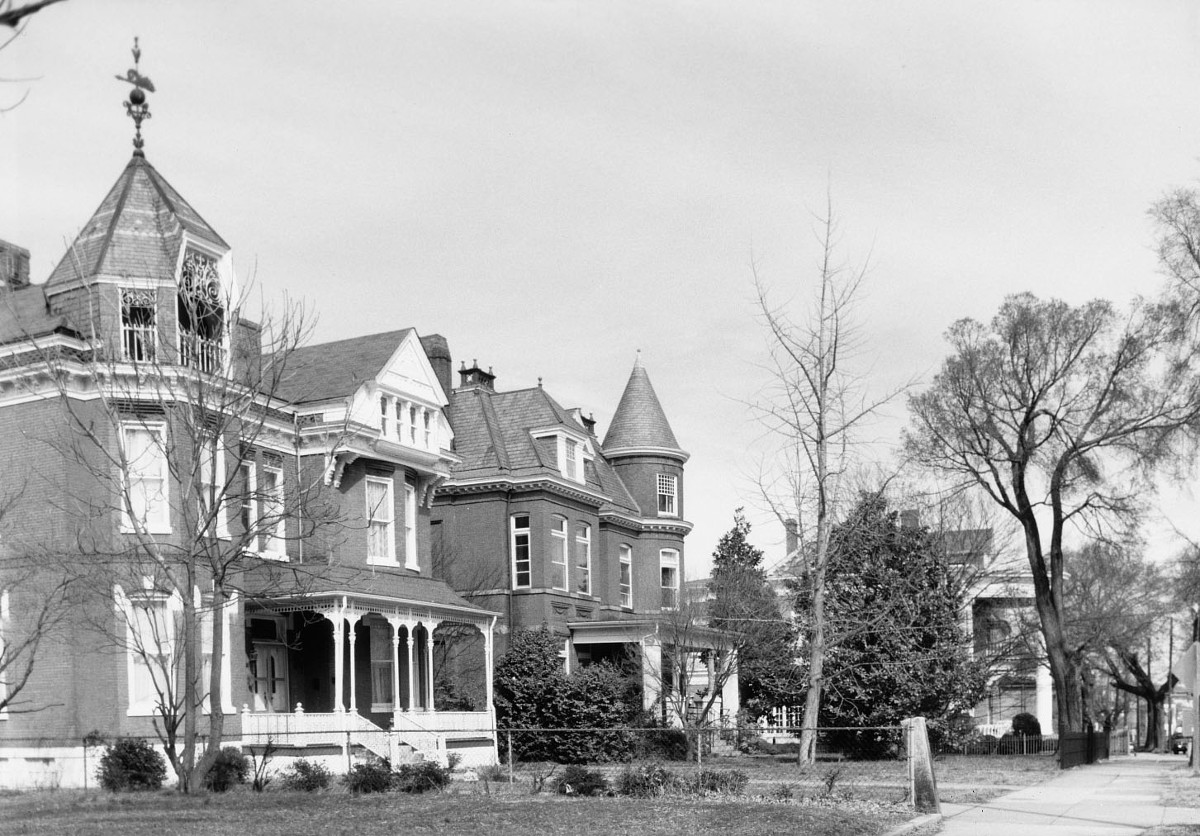 This large neighborhood immediately south of downtown boasts what is perhaps the Commonwealth’s most splendid and most concentrated collection of Victorian and early 1900s residential and ecclesiastical architecture. Lining Main Street and adjacent side streets is an assemblage of the full range of architectural styles from the antebellum era to World War I. While much of Virginia was slow in recovering from the economic setbacks caused by the Civil War and Reconstruction, Danville’s tobacco and textile enterprises generated great prosperity which found tangible expression in the elegant houses built by local industrialists. Most of the residential development, highlighted by several handsome churches, took place on the estate of Maj. William T. Sutherlin, whose Italian Villa-style residence is at the core of the district. After suffering several demolitions in the 1960s, this impressive district is now protected by local ordinance.

In 2015, the district was expanded to incorporate 66 additional resources. The expansion area was determined eligible for inclusion in the National Register of Historic Places under criteria identical to those of the original nomination, and it continues the same themes and characteristics that made it significant. The area represents an era of growth and prosperity in Danville when the tobacco and textile industries were thriving. It also contains a broad spectrum of architectural styles popular in Danville from the mid-nineteenth century to the early twentieth century. The period of significance for both the original district and the expansion area begins in 1830, the date of the Lanier House and the Old Grove Street Cemetery, and ends in 1940, when the last major wave of development ended.
[VLR Listed: 6/18/2015; NRHP Listed: 8/24/2015]

An update to the original nomination was also accepted to the NR in 2015.  The purpose of this nomination update was to provide a justified period of significance and an inventory of all resources within the original boundaries of the historic district with their contributing status.
[NRHP Accepted: 8/24/2015]

An amendment to the 2015 nomination was accepted in 2017 with updated information on several buildings in the district.
[NRHP Accepted:  8/21/2017]