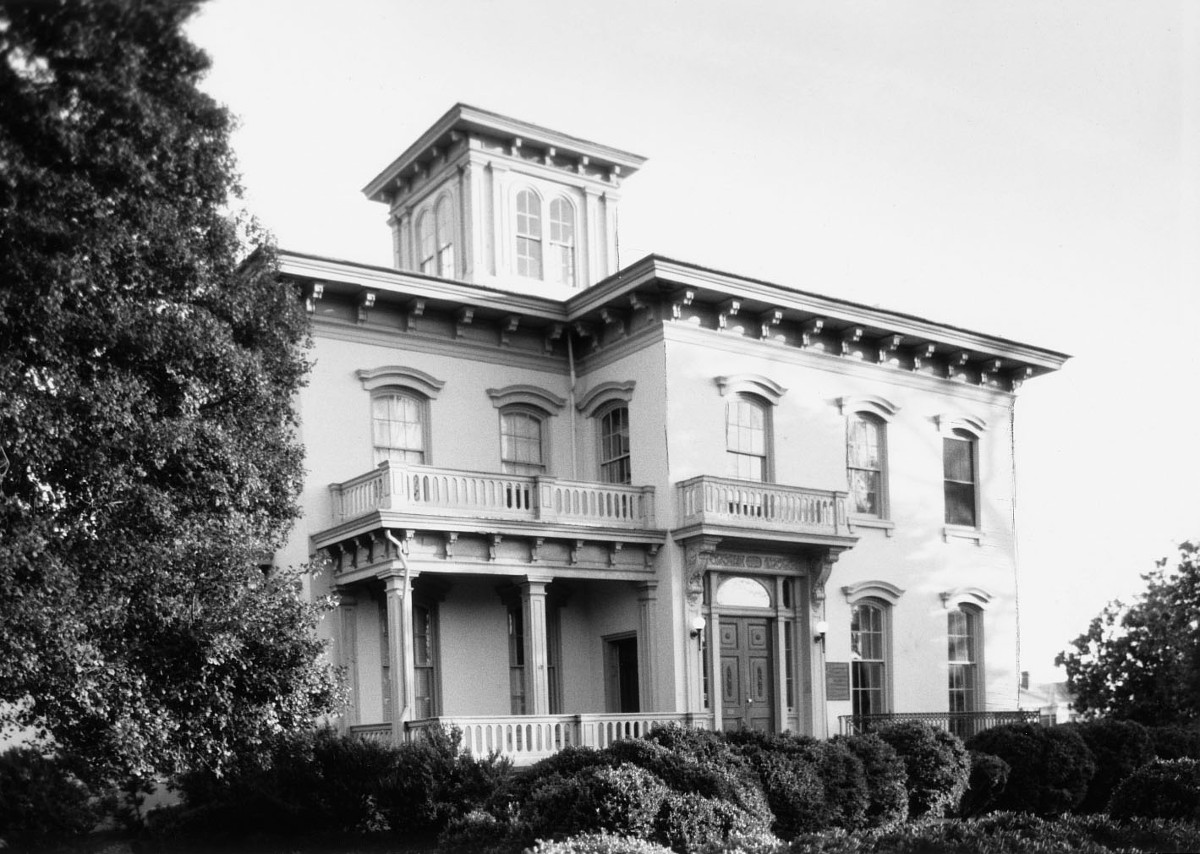 This Italian Villa-style mansion was built in 1857-58 for Maj. William T. Sutherlin, a member of the Virginia Convention of 1861 and later chief quartermaster for Danville. On April 2, 1865, when the Confederate government evacuated Richmond, Danville was chosen for a temporary capital. During the week of April 3-10, 1865, the Sutherlins opened their home to President Davis and members of his cabinet. Here Davis signed his last official proclamation as president of the Confederate States of America and presided over the last official cabinet meeting. Davis and the remnants of his fugitive government left Danville on April 10 for Greensboro, N.C., and their “flight into oblivion.” Typical of the Italian Villa style, Sutherlin’s house has a stepped-back facade, heavy bracketed cornice, and a shallow hipped roof topped by a square belvedere. The house now serves as a museum and cultural center, and is a centerpiece in the state and national register listed Danville Historic District.