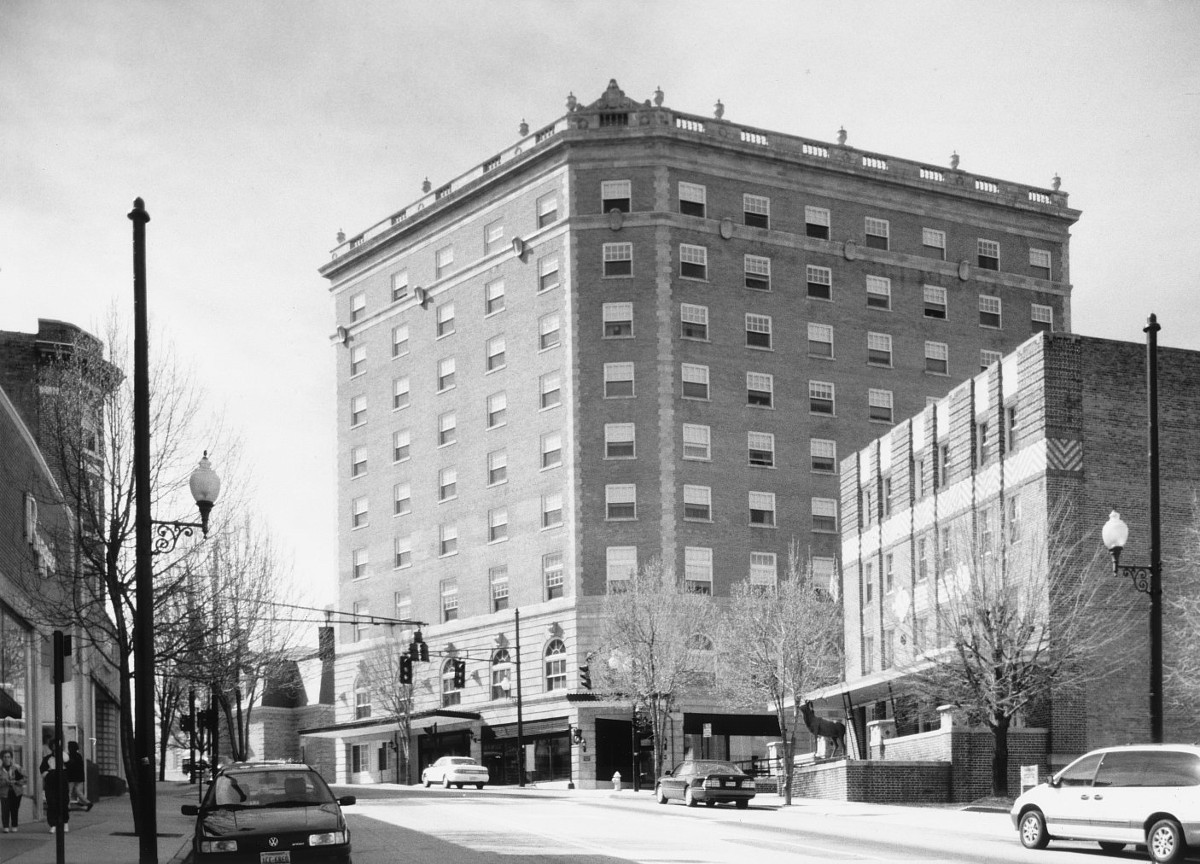 An elegant component of Downtown Danville‘s central business district, this Neo-Adamesque high-rise building was built in 1927 to house the city’s leading hostelry. The structure is representative of the wave of finely appointed, thoroughly modern hotels erected in medium-size and large cities across the country in the 1920s. The architect of the carefully articulated composition was H.A. Underwood & Co. of Raleigh, N. C. The owner and developer was the firm of Clements, Chism, and Parker, Inc. Founded in the 1880s, the company was Danville’s largest retail furniture enterprise and occupied the greatest amount of commercial space in the hotel. The western portion of the building originally housed a motion picture theater and also included Danville’s first commercial radio station. The complex also incorporates remnants of Danville’s 1890 municipal building and city market. The hotel closed in 1975 and was rehabilitated for housing in 1982-83.