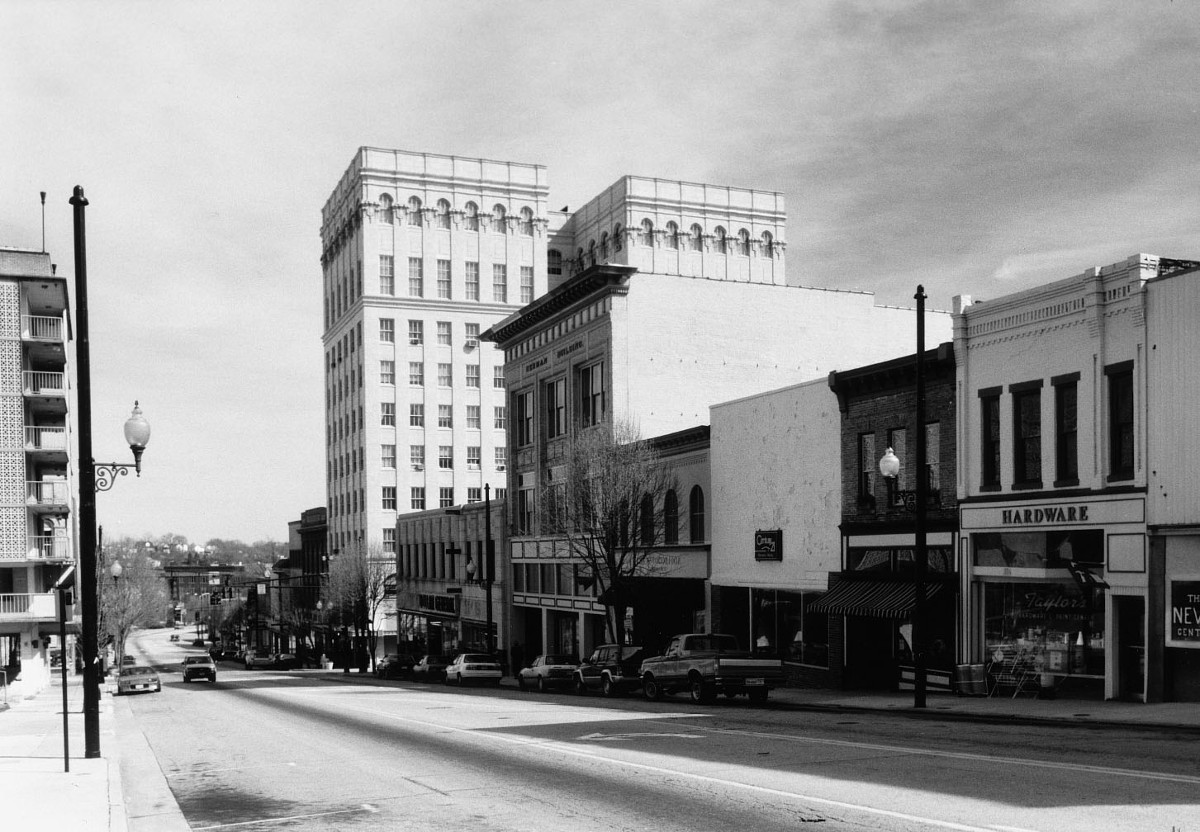 This twenty-five-acre urban historic district encompasses the core of southern Virginia’s leading tobacco and textile manufacturing city. The district has been the commercial and administrative heart of Danville from the 1790s to the present. Spread through the area are retail establishments, banks, hotels, theaters, lodges, and several tobacco factories built from the 1870s through the 1920s. The city’s prosperity and the importance of the activities these buildings housed are reflected in the architectural sophistication and often monumental scale of this urban fabric. The high-rise Masonic Building and the Hotel Danville, both dating from the 1920s, still dominate the skyline. At least ten buildings, the Municipal Building and U. S. Post Office among them, were designed by local architect J. Bryant Heard. Despite gaps, the wide range of styles here lends much visual variety to the streetscapes.

Additional documentation approved by the NPS in 2019 amended the contributing status of the old Register and Bee/Dan Theatre Building in the district.
[NRHP Approved: 9/10/2019]