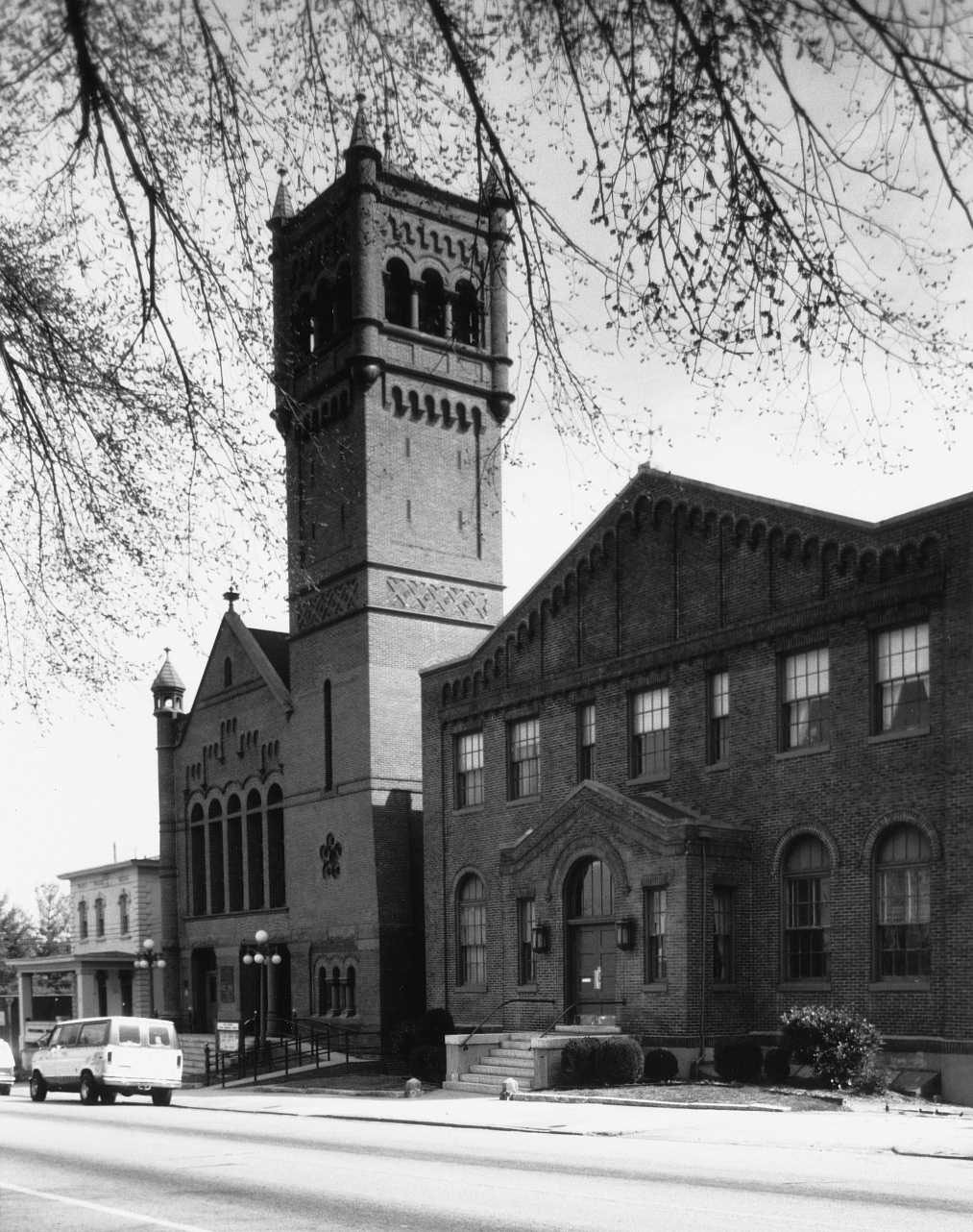 Recalling the somber, Medieval buildings of Northern Italy, Danville’s “Mother Church of Methodism” is among the most ambitious works of Victorian architecture in a city famed for such works. The Romanesque Revival composition is dominated by an 87-foot-high campanile replete with bartizans, machicolations, and arcades. These same elements embellish the façade—the front of a vast sanctuary. The church was begun in 1865 and initially completed by the contractor Henry Exall in 1873. Subsequent large churches in the neighborhood inspired the Methodists to remodel their church into a much grander statement. The work, undertaken in 1890-91 resulted in the present façade and tower, attributed to the architect William M. Poindexter. The contractor was J. R. Pleasants. The completed work is, among other things, a masterpiece of Victorian brickwork. The adjacent 1923 educational building was designed by J. Bryant Heard of Danville.