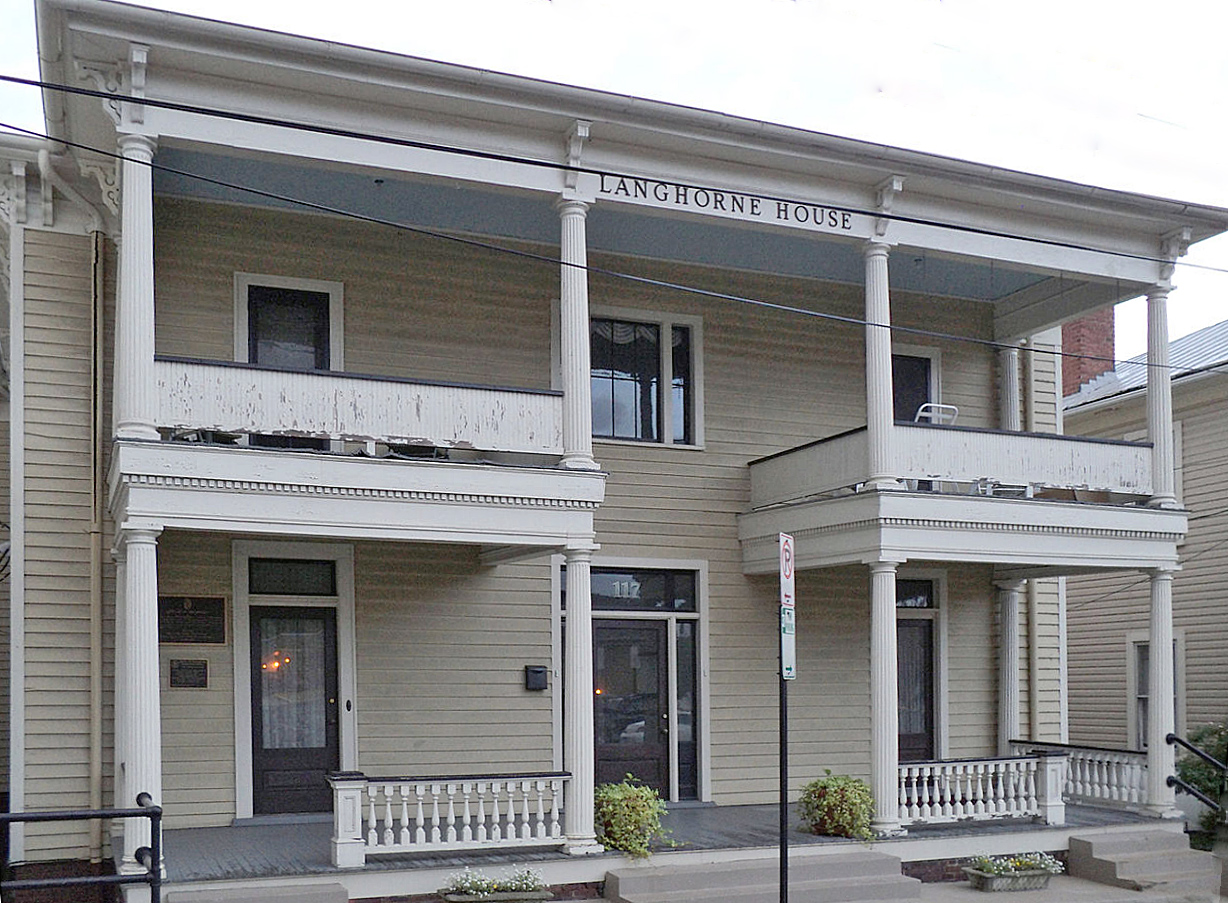 The Langhorne House is the birthplace of Lady Nancy Langhorne Astor, the first woman to sit in the British Parliament. Lady Astor’s homecoming visit to Danville in 1922 was a celebrated event in the city’s history. The original section of the two-story Italianate house was built in the 1870s for Lady Astor’s parents, Nancy and C. D. Langhorne, and it was here that Astor was born in 1879. She married Waldorf Astor, heir to one of the world’s largest fortunes, and was elected to the House of Commons in 1919 to fill a seat vacated when her husband moved to the House of Lords. In 1921, her birthplace was converted to apartments and given a Classical Revival front porch, from which Astor addressed a crowd of 5,000 people on May 5, 1922, during an American tour to promote women’s causes and the Anglo-American relationship. Astor’s emotionally charged visit was reported in newspapers nationwide. The house is also associated with the early life of Astor’s sister Irene Langhorne Gibson, the model for her husband Charles Dana Gibson’s artistic creation “The Gibson Girl.” The property is now partially dedicated to interpreting the lives of Astor and Gibson.