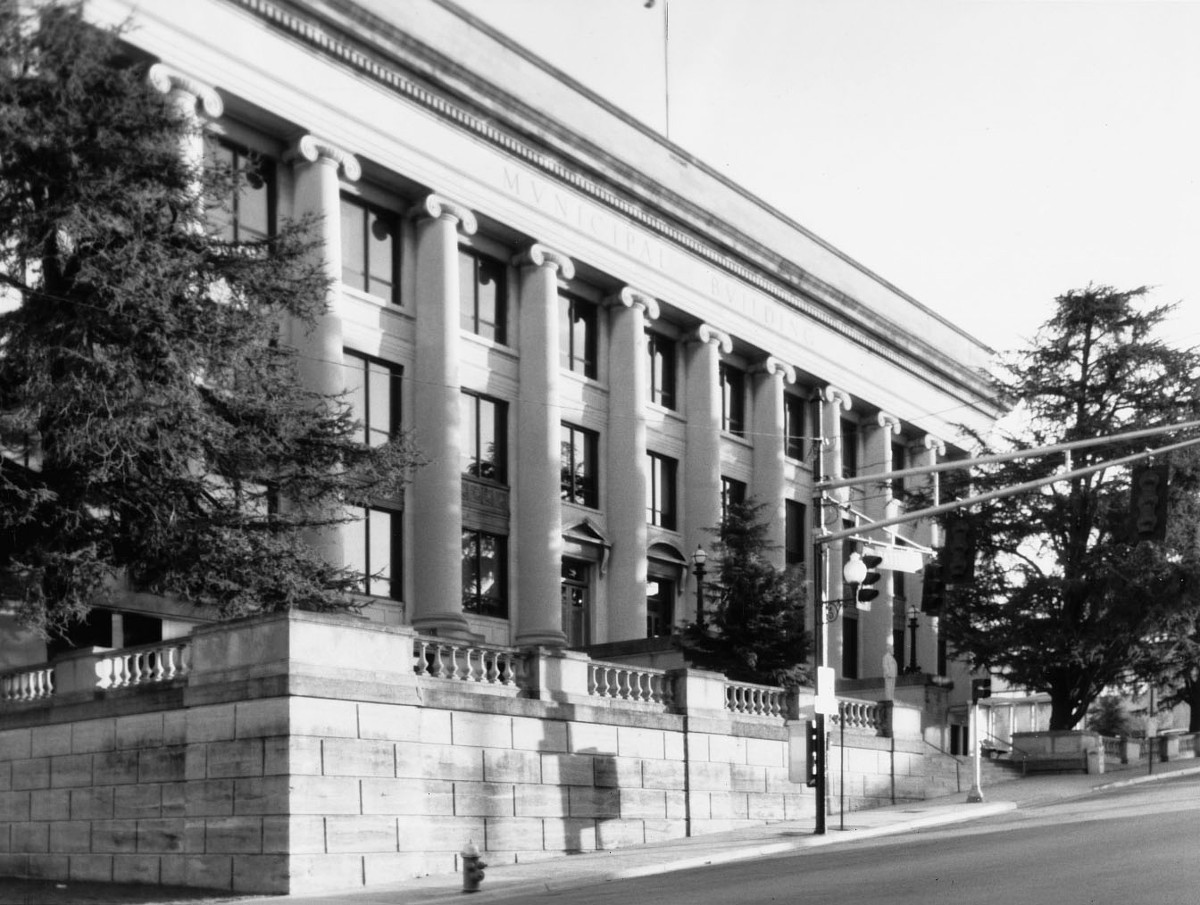 The turn-of-the-century architectural movement termed the American Renaissance endowed cities and towns with grand classical works that lend a strong sense of continuity and place. A relatively late but nonetheless effective expression of this movement is the Danville Municipal Building, a tour de force of civic stagecraft. Fronted by a monumental Ionic colonnade and closing a vista on a tight site amid relatively narrow streets, the building exudes a European urbanity. It was designed by the local firm of Heard and Chesterman and completed in 1927. The project was generated by a desire to consolidate expanded municipal offices with court facilities. No less imposing is the interior, the corridors and principal rooms of which are a bold display of columns, pilasters, and other classical details. The building now houses only municipal offices, and it is located in the Downtown Danville Historic District.