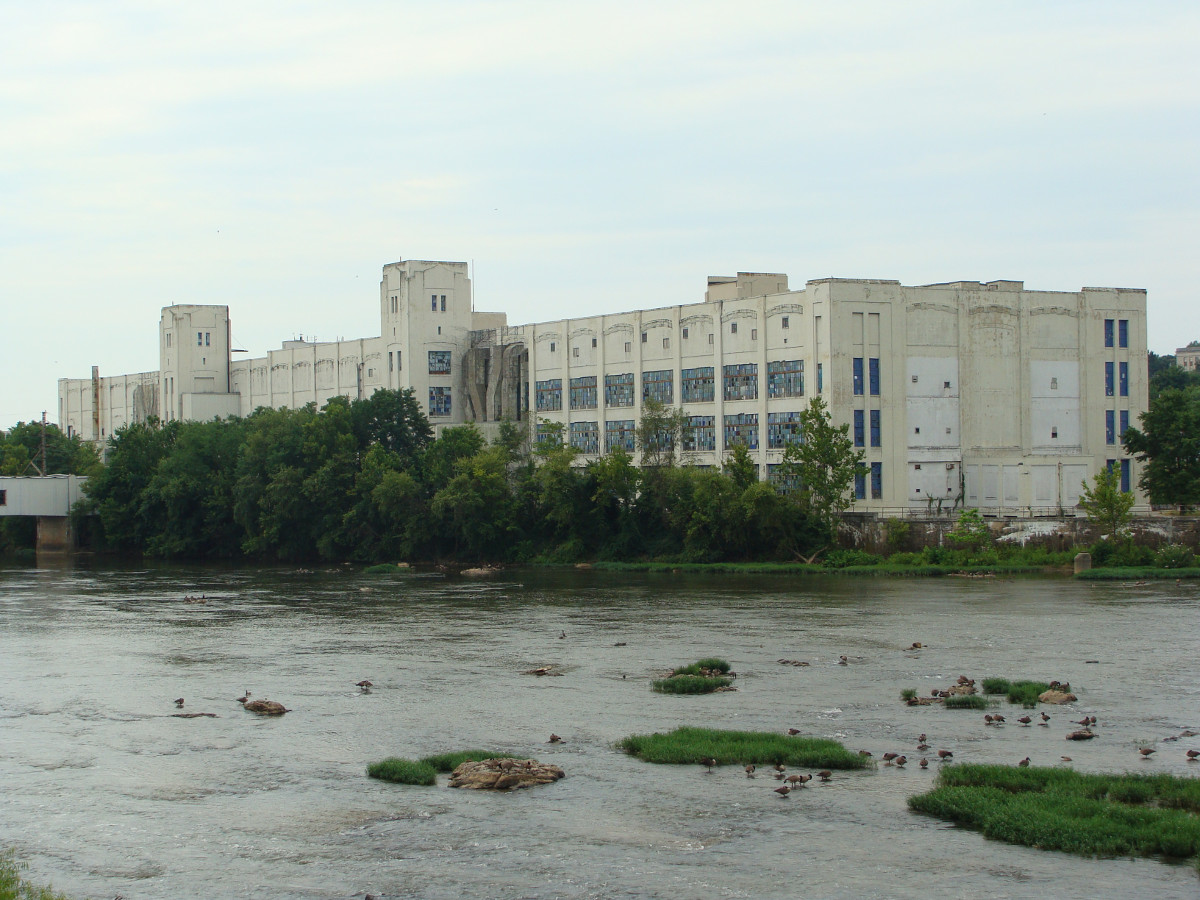 Recalling Danville’s former role as a world textile-manufacturing powerhouse, Mill No. 8 was built by Dan River Inc. in 1920 and operated from 1921 through to the 1990s. Encompassing 18-plus acres on the south bank of the Dan River, the mill was designed in a simplified Gothic Revival architectural style. The five-story mill is among the few left standing of the numerous mill buildings in the Riverside Division, most of which were demolished in the first decade of the 21st century. Also known as the “White Mill,” the building is an important reminder of the textile industry’s contribution to the economic development of Danville and Virginia’s Southside region.