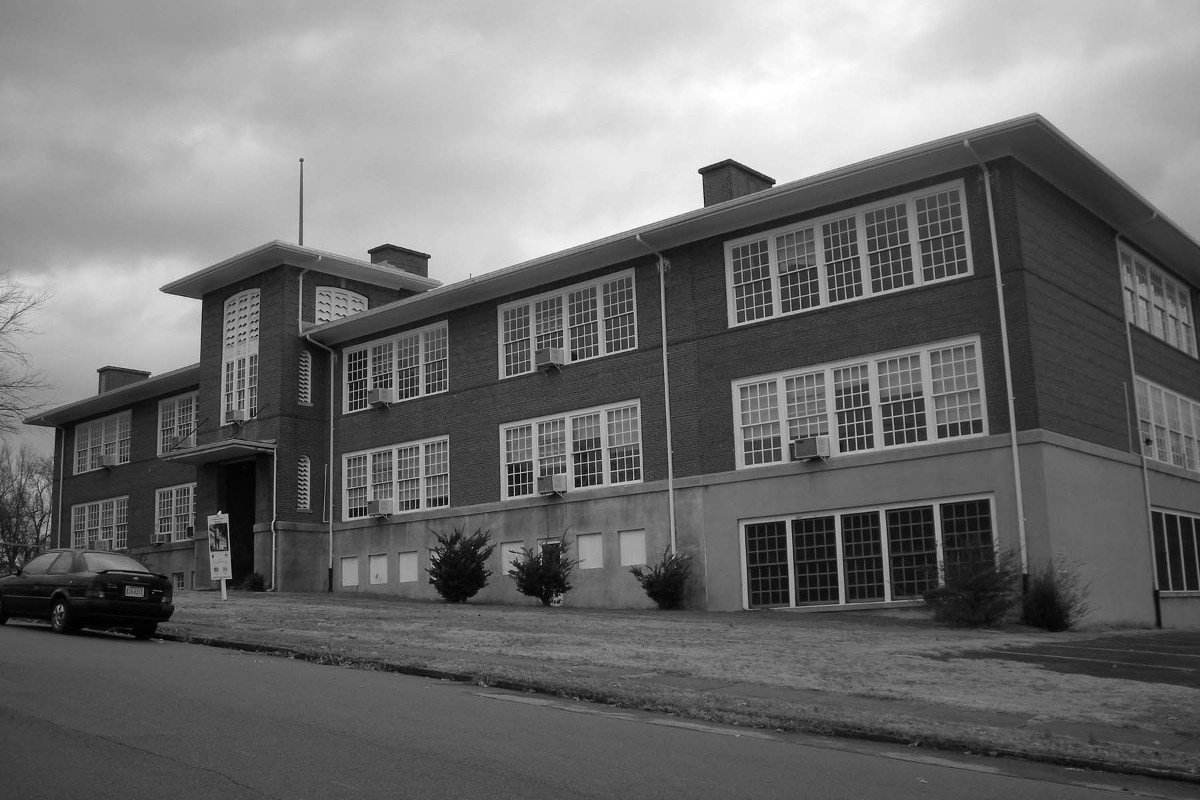 In the late 19th century, Danville added the textile manufacturing element to its already robust tobacco-driven economy. As workers from the mountains of Virginia and North Carolina moved to Danville, the Riverside & Dan River Cotton Mill Company took it upon itself to construct a mill neighborhood called “Schoolfield Village” (named after the primary founder of the company), where employees would enjoy the benefits of a total community, including housing, stores, churches, fire protection, public works, and educational opportunities. The three buildings of the Schoolfield School Complex, built between 1913 and 1940, significantly represent the heart of this formerly thriving manufacturing community. Its progressive and distinctive architecture, particularly the Prairie Style “Building A” designed by noted regional architect Charles G. Pettit Jr., makes the complex stand out among Danville’s and the region’s buildings. The Schoolfield area was annexed by the city in 1951 and the three school buildings operated until the third quarter of the 20th century.