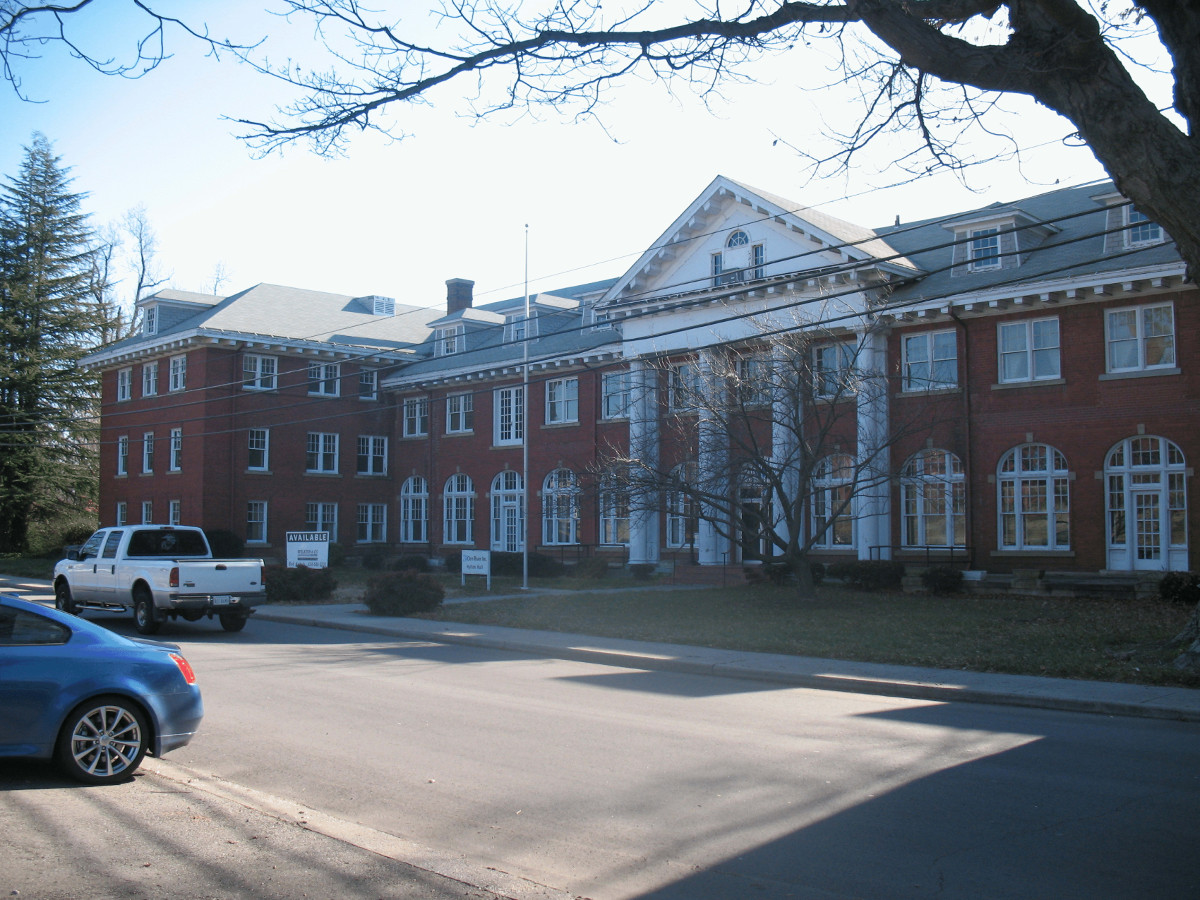 Located in the Schoolfield area of Danville, Hylton Hall was constructed in 1918 to serve as a dormitory for single female workers of The Riverside & Dan River Cotton Mills Inc., which grew to be one of the largest cotton mills in the country by the early 20th century after starting operations in 1882. A six-story Classical Revival building, Hylton Hall offered a dining facility, social hall, and recreation center, amenities that reflected the democratic spirit that motivated the management of Dan River Mills in developing its workforce and housing in Schoolfield, a company town developed under the company’s president H. R. Fitzgerald between 1903 and 1918. Although the death of Fitzgerald in 1931 led to the demise of the concept of “Industrial Democracy” that he espoused, the hall continued as a residential facility until 1948 when it was converted to offices.