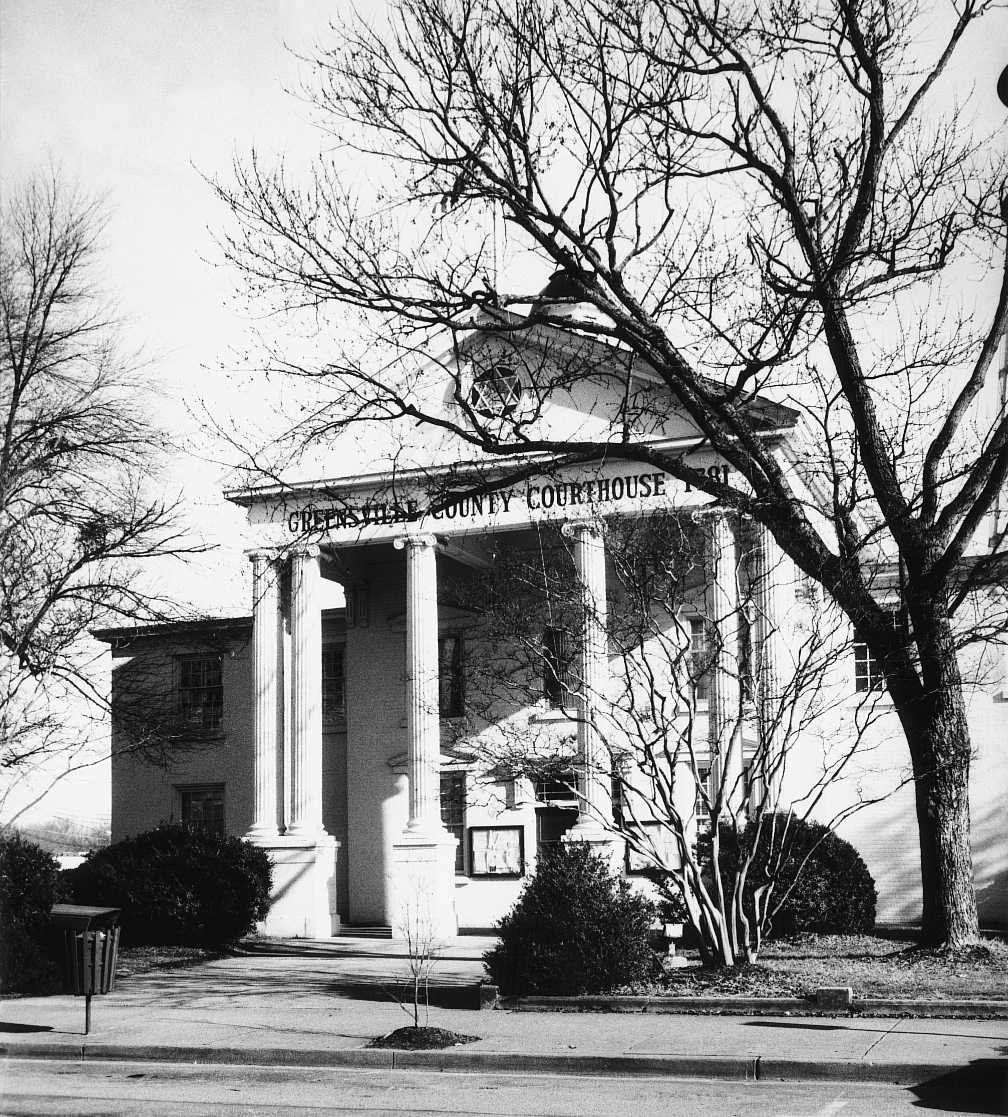 Greensville County’s courthouse square, which has served as the location of the county’s seat of government since 1787, preserves three buildings of architectural interest in the Hicksford Historic District. The main element, the courthouse, was built in 1831 by Daniel Lynch as a plain three-part Palladian structure and was embellished in the early 20th century with an Ionic portico. The excellently documented clerk’s office was built in 1894 by the Southern Fireproof Company after the plans of Reuben Sherriff. The former Greensville Bank building of 1900, now the county administrator’s office, contains a remarkable interior of locally produced decorative stamped sheet metal. The square was the scene of military action in the Civil War when Confederate Gen. Wade Hampton undertook to defend the railroad bridge across the Meherrin, General Robert E. Lee’s link to southern supply sources.