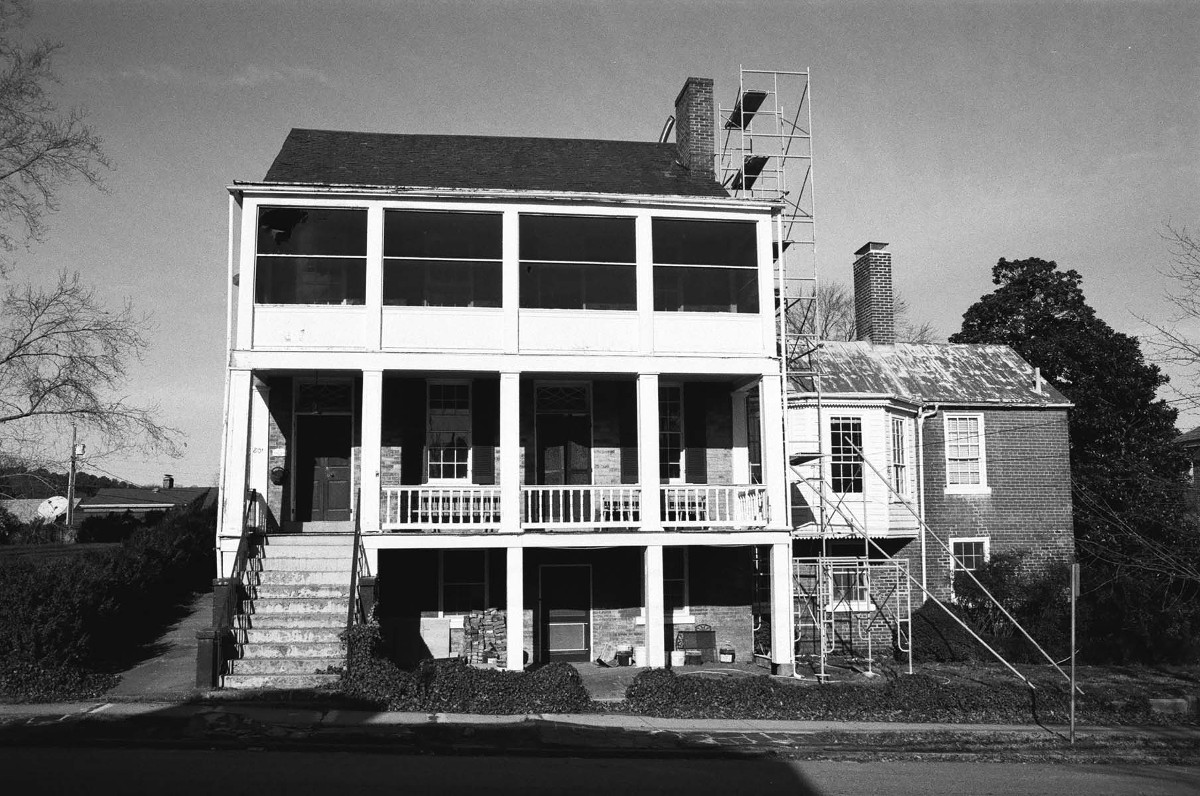 The Rowe House in Fredericksburg is an impressive Federal-style brick dwelling situated on a raised basement. The house has remained in the same family since it was built in 1828 by George Rowe, a successful businessman who ran a butchering operation on the site. Rowe’s enterprise, consisting of several now vanished buildings, was ideally situated at that time at the edge of town, as it allowed for the delivery of animals by hoof via the Kings Highway (today’s U.S. Route 1) that could then be slaughtered without offense to neighbors, while near to markets in Fredericksburg. Architecturally the house features a large two-story front porch and contains decorative forms derived from Federal- and Greek Revival-style pattern books. Small additions were built by Rowe family members in 1850, 1890, and the mid-20th century. While there was some mid-20th century interior restoration as well, the house looks today much as it appeared in the mid-19th century, as photographs from that era reveal.