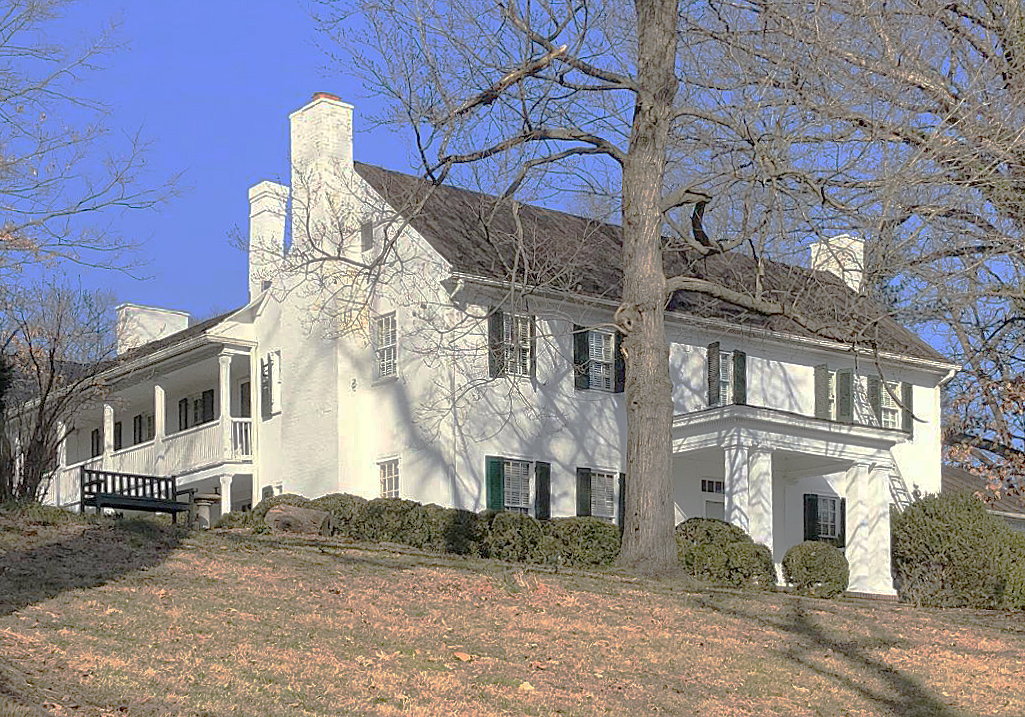 One of the early landmarks of the town of Front Royal in Warren County, Rose Hill was built as a center-passage single-pile frame farmhouse in 1830 for George C. Blakemore and his wife Elizabeth. A brick ell was added in 1845, after the property was conveyed to Elizabeth Blakemore’s cousin, William Richardson. The house was modernized in a 1937 remodeling, which included the stuccoing of the exterior. The property was caught in the crossfire of the considerable Civil War activity in the area. It served as a Confederate headquarters during the 1862 battle of Front Royal. In 1864 it became a Confederate hospital and was later pillaged by Union troops who destroyed the farm buildings and stole the livestock. Although now in a residential neighborhood, Rose Hill still retains an eight-acre yard, along with its many historical associations.