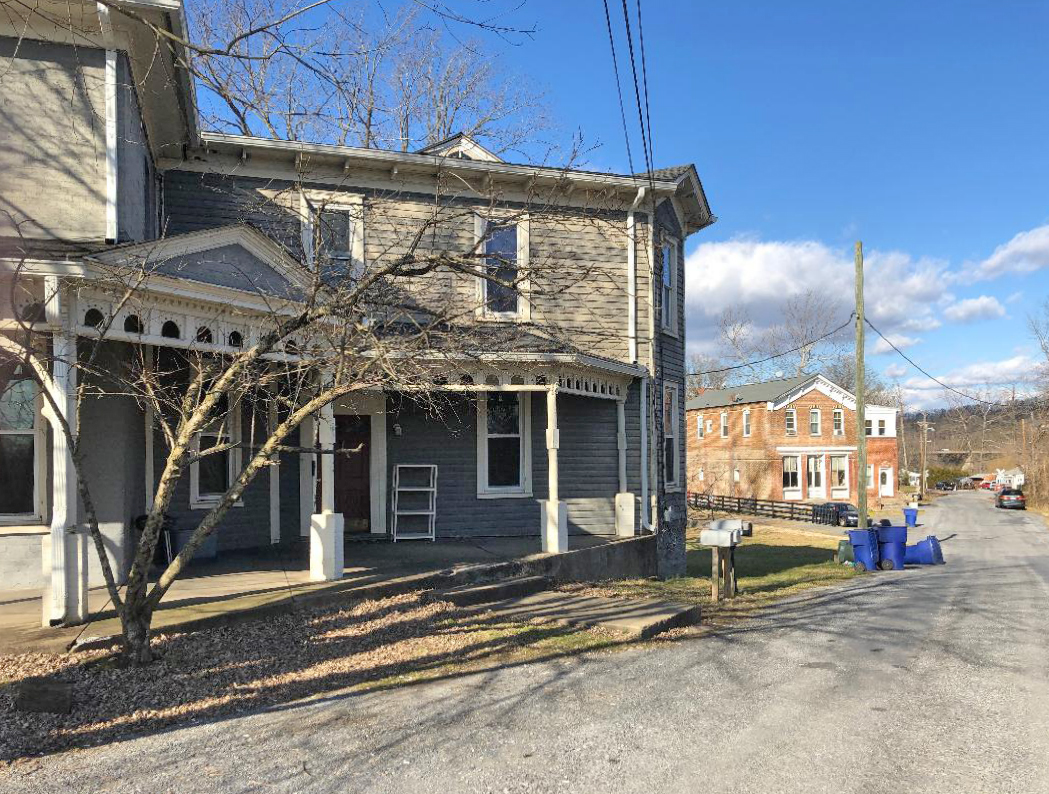 The Riverton Historic District is located on the northern edge of the town of Front Royal in the community of Riverton. Situated at the convergence of the North and South Forks of the Shenandoah River, the village was known as River Station and Confluence before receiving its present name in 1869. An important transportation and industrial center for Warren County since the mid-19th century, Riverton began to prosper after the Manassas Gap Railroad arrived in 1854. The town became a strategic terminus for rivermen floating their goods in flat-bottomed boats down the Shenandoah River and then transferring them to railroad cars. After the Civil War, several industries located at Riverton, the most important being the Carson Lime Company, which was still in business at the time of the district’s listing. Established by Samuel Carson, who emigrated from Ireland to Riverton in 1868, the company constructed several buildings in the community such as Carson’s Queen Anne-style mansion, worker housing, and a company store. A duck ranch and a mill also spurred the town’s growth at the turn of the 20th century.