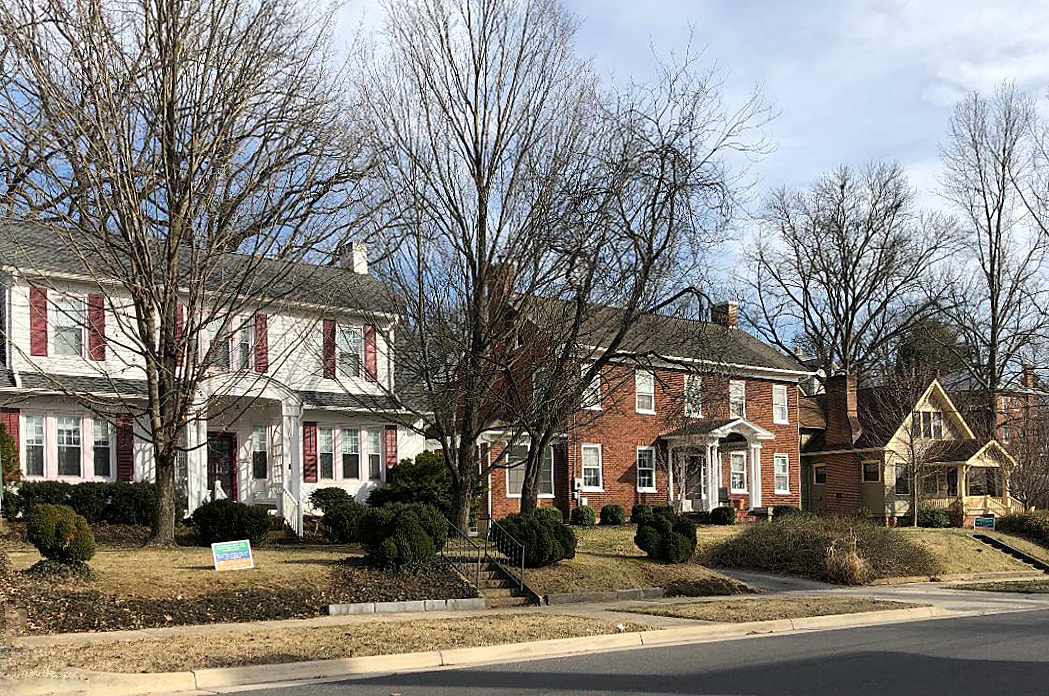 Harrisonburg’s Old Town Historic District is a well-preserved neighborhood of late-19th- through mid-20th-century houses. Many of Harrisonburg’s prominent families have resided in the district, representing collectively much of the story of the city’s growth and wealth. The oldest building in the district was constructed in 1850. While many of the architectural styles of the district’s houses—Queen Anne, Colonial Revival, Tudor Revival, and Craftsman—were popular elsewhere in Virginia, in Harrisonburg they were frequently built using regional materials, especially limestone. The importance of limestone—often called “bluestone”—is also reflected in a large embanked stone wall and steps near the eastern terminus of the district that was constructed under the Works Progress Administration. In recent years, the expansion of James Madison University and Rockingham Memorial Hospital, both of which abut the district, has resulted in the conversion of the district from purely residential to mixed-use, with some single-family residences now being used for apartments or offices.