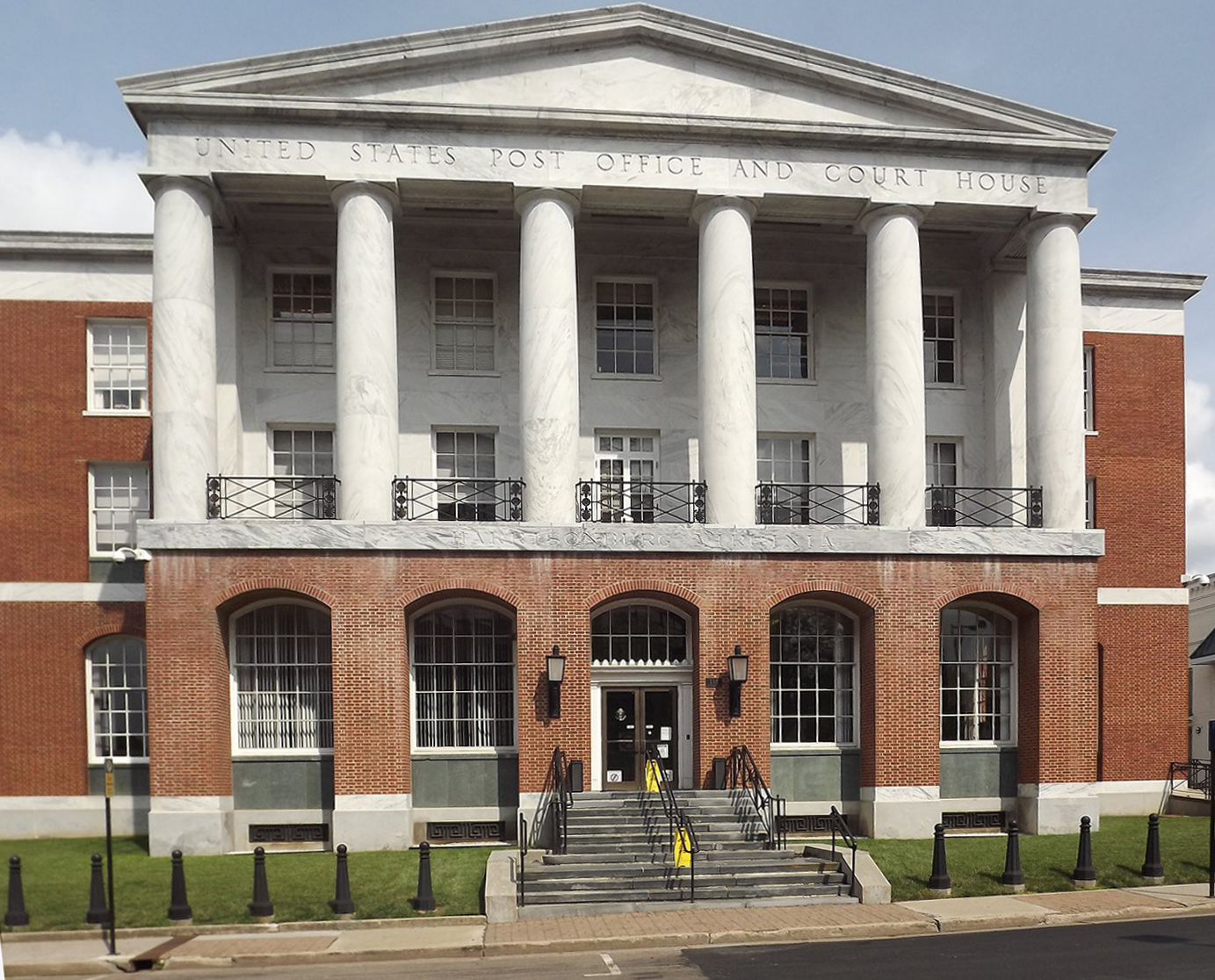 The United States Post Office and Court House in downtown Harrisonburg is significant for its association with racial desegregation in public education as the site of judicial rulings directing the desegregation of Virginia’s public schools. In 1956, Judge John Paul, Jr., of the Western District of Virginia, issued the first order in the state pursuant to Brown vs. Board of Education (1954, 1955) directing a public school system to desegregate immediately. In 1958, in another state first, Judge Paul’s order directing the City of Charlottesville and Warren County to admit African American school children triggered orders from the governor to close the affected schools. School desegregation cases continued to be administered from this court throughout the 1960s. The Post Office-Court House is also a significant example of a federal government building erected under New Deal-era federal programs intended to relieve the economic problems caused by the Great Depression. The building was perceived as a symbol of community pride and achievement and as a representation of the federal presence in Harrisonburg. The Post Office-Court House is an important example of the Neoclassical architectural style popularized through the federal building projects of the 1920s and 1930s.
[NRHP Listed Only]