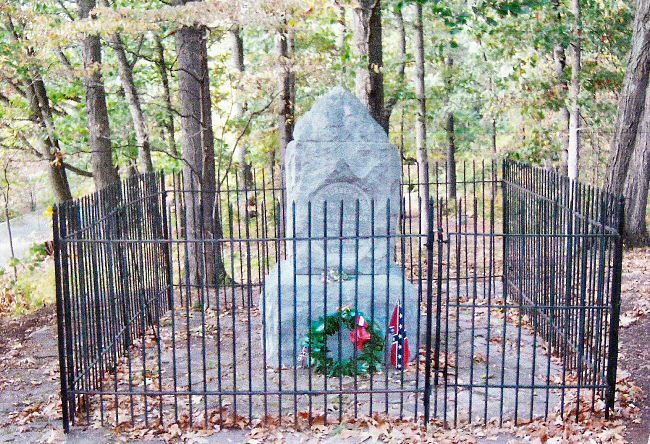 The Turner Ashby Monument is locally significant for its association with the movement that came to be known across the former Confederacy as the “Lost Cause.” The movement was most closely associated with efforts by Southern whites, especially women, to preserve in a tangible way the Confederacy’s legacy in a positive light, an extraordinary effort that continued well into the 20th century. The June 6, 1898, dedication of the Ashby Monument—on the 36th anniversary of the cavalry officer’s death—was among the largest such gatherings in the Shenandoah Valley at the time, with an estimated 5,000 people in attendance. The ceremony opened with a mile-long procession from the Rockingham County Courthouse in Harrisonburg to the one-plus acre memorial site. Recognition of southern military leaders became a significant part of the second phase of the Lost Cause movement. The modest granite monument stands at the site of Gen. Turner Ashby’s mortal wounding during the Battle of Harrisonburg, fought during Stonewall Jackson’s renowned Valley Campaign (between March and June 1862). A local chapter of the United Daughters of the Confederacy assisted in mobilizing support for the monument’s creation and citizens of Rockingham County and Harrisonburg helped to pay for the monument and secure its granite stone, likely cut by one of the two prominent stone masonry firms from Petersburg. Ashby was a native of Fauquier County.