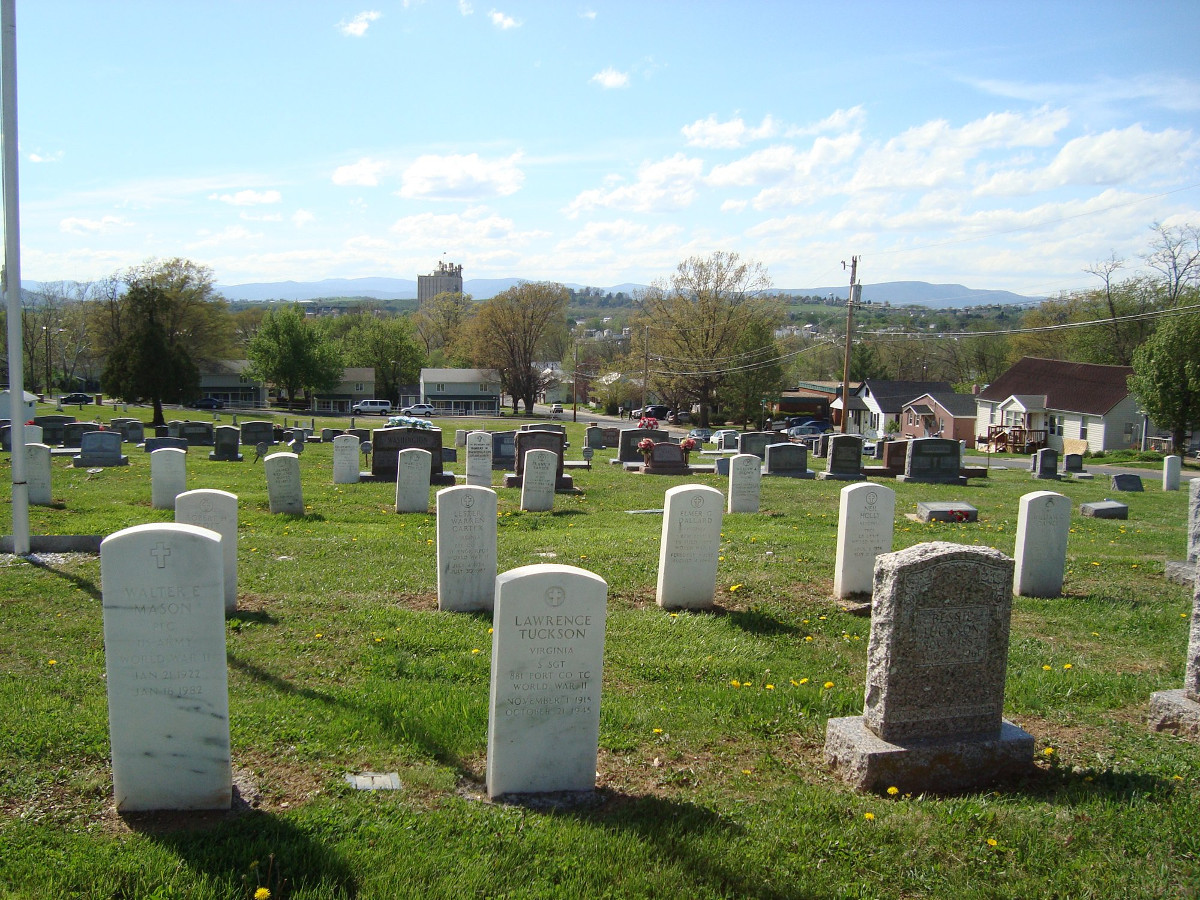 The Newtown Cemetery is locally significant for its role in the development of the Harrisonburg’s African American community. Newtown, which arose soon after the Civil War, was located on the then-edge of northeast Harrisonburg amidst the farm fields of a former plantation. Founded in 1869, Newtown Cemetery got its start when the cemetery’s five original trustees, members of the emerging community, purchased three lots for the express purpose of creating a graveyard “for all persons of color.” Coinciding with the growth of Newtown and Harrisonburg, the cemetery expanded with the trustees’ purchases of additional lots in 1898, 1907, and 1920, resulting in a 3.9-acre property, which contains the graves—dozens now unmarked—of more than 900 individuals. While the Newtown Cemetery reflects the hardships of Harrisonburg’s Newtown community, it also represents the self-sufficiency and resilience of its members. Buried in the cemetery are individuals who greatly influenced the lives of people in the Newtown community, the city, and Rockingham County and the central Shenandoah Valley as well. Noted burials include community founders and entrepreneurs, leading educators and social activists, the city’s first black council and school board member, and veterans of World Wars I and II, Korea, and Vietnam, as well as two confirmed Civil War veterans who served as United States Colored Troops.