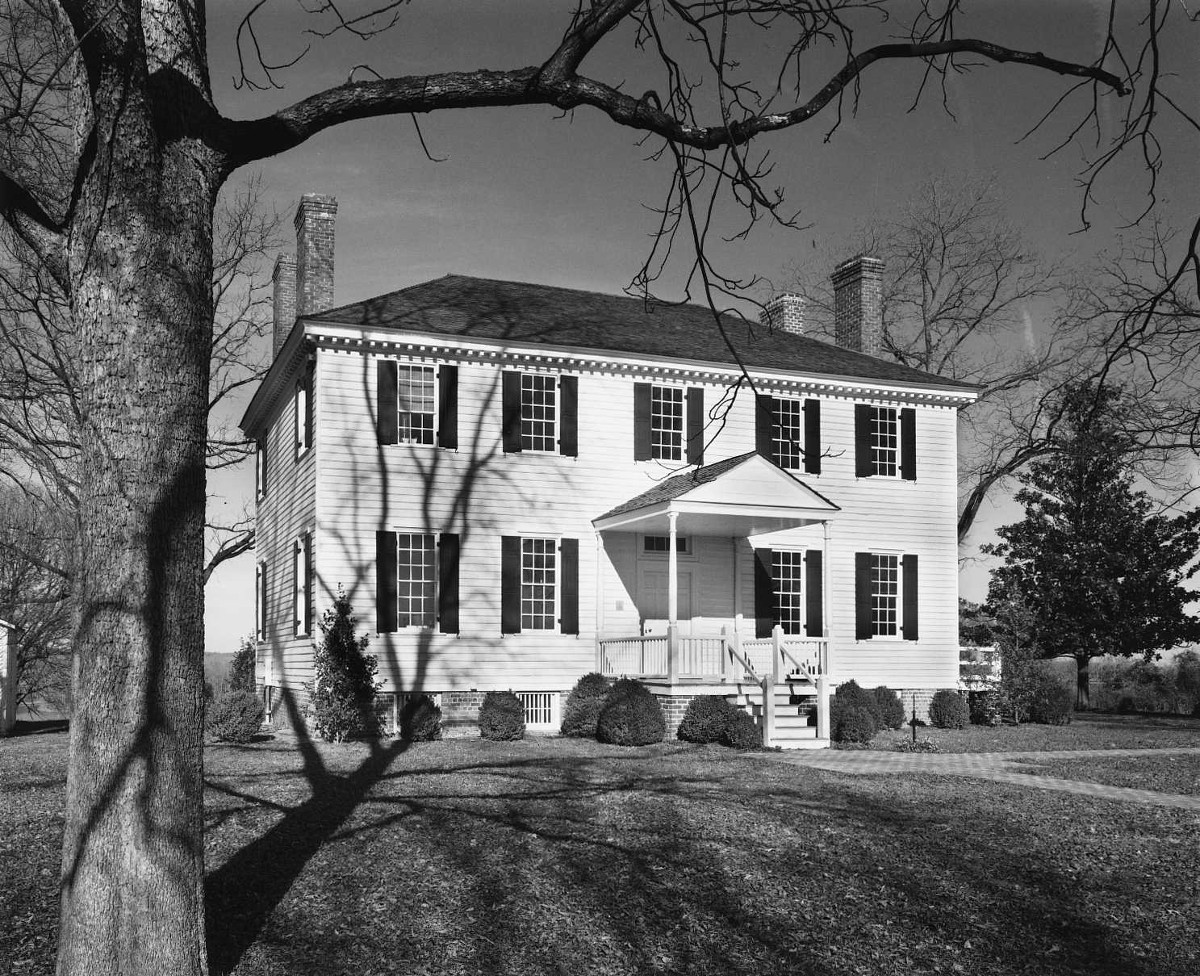 This Georgian plantation house stood almost unknown until the mid-1970s when it was donated by Raymond Broyhill to the Historic Hopewell Foundation. The house is on land acquired by William and Christine Eppes Gilliam in the late 18th century and probably was erected for them in the 1780s. The frame structure follows the formal rectangular format of mid-18th-century Virginia plantation dwellings and is notable for preserving nearly all of its original fabric, including molded weatherboards, window sash, and interior woodwork. The house was shelled by a Northern gunboat in the Civil War and photographed by Mathew Brady during its occupation by Northern troops. The surrounding farmlands have been developed, but the house preserves a pleasant setting on terraced banks overlooking the Appomattox River. At the time of its listing, Weston Manor was a local museum and cultural center.