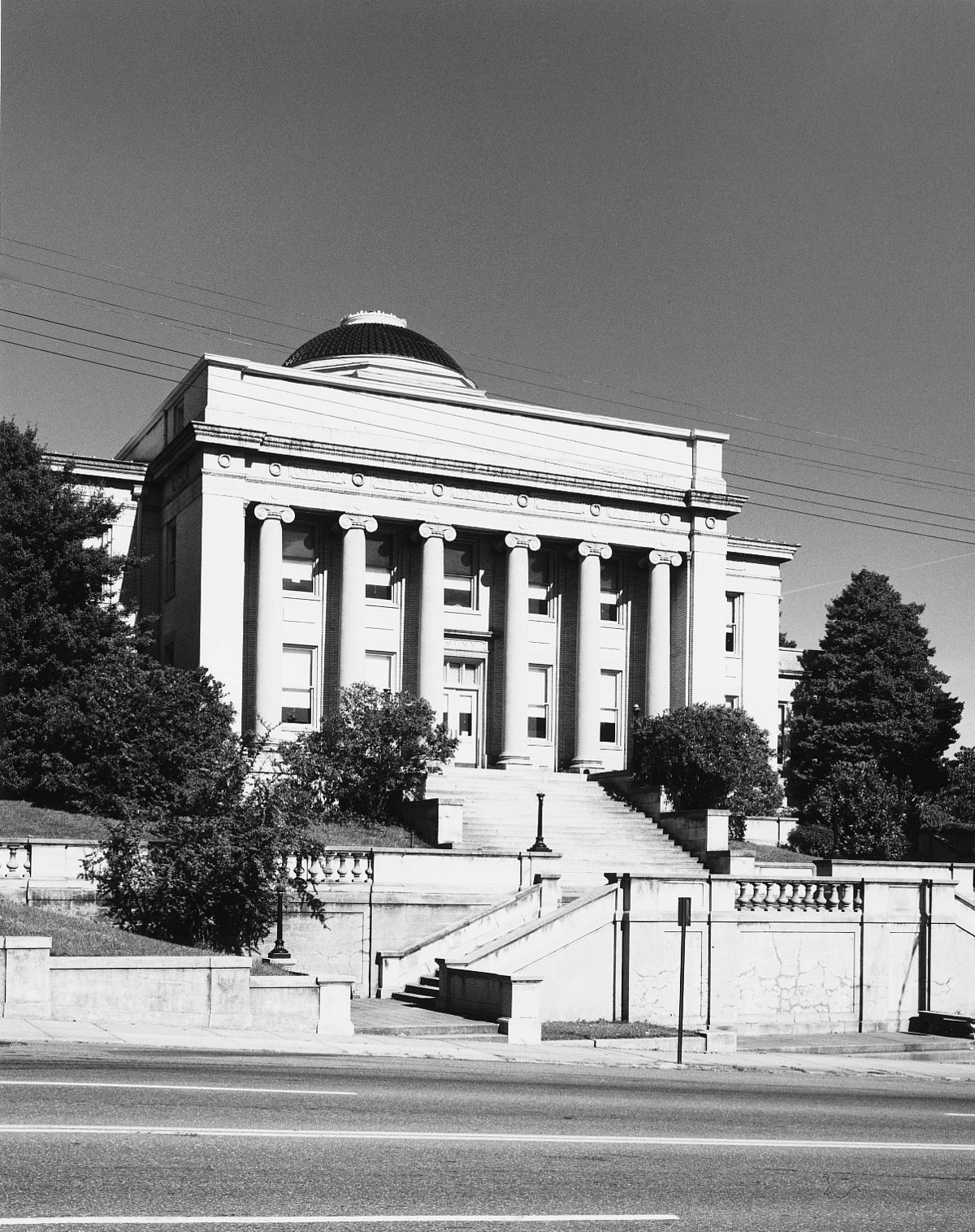 The Jones Memorial Library is Lynchburg’s finest example of the American Renaissance, an architectural and artistic movement that dominated American public and institutional buildings in the early 20th century. Designed by the local firm of Frye and Chesterman, the library was given by Mary Frances Watt Jones as a memorial to her husband, George Morgan Jones, a Lynchburg industrialist, merchant, and financier. Opened in 1908, the stately domed structure, with its monumental facade of Ionic columns, is an expression of the philanthropy and cultural development that followed Lynchburg’s growth at the end of the 19th century. The series of steps and terraces, constructed in 1924, was designed by Boston landscape architect Bremer Pond. The library’s collections have since been moved to another location and the building now serves as an educational center named the Patrick Henry Institute.