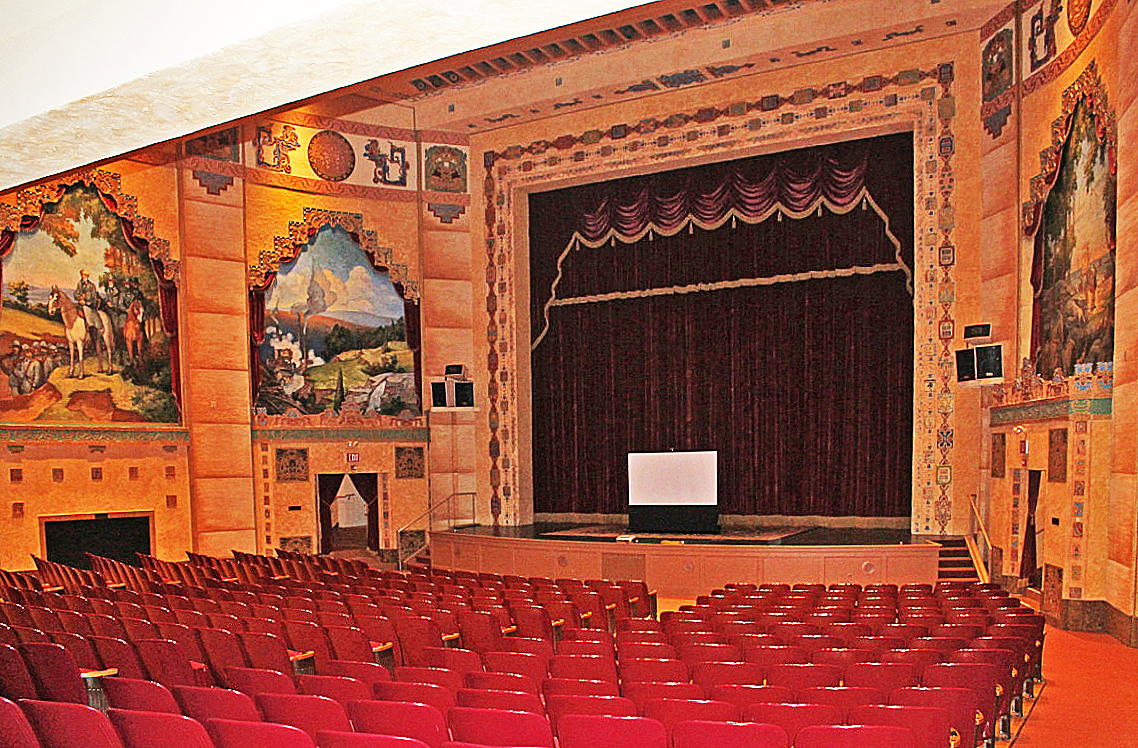 The Lincoln Theatre, in the Marion Historic District in the Smyth County Town of Marion, is a rare relic of the exotic 1920s movie-palace fad as adapted for a small-town cinema. Built in 1929, the theater boasts an interior that employs an unexpected Mayan-style theme for its decoration. Three-dimensional appliques and stenciled Mayan designs of gods, animals, mythological creatures, and Mayan calligraphy embellish the walls and ceiling. Equally striking, but bearing no relation to the Mayan idiom, are six large murals depicting scenes from American and local history. The 750-seat theater was built by Charles C. Lincoln, Sr., Marion’s wealthiest resident. The interior was designed by the Novelty Scenic Studios of New York City. The Lincoln Theatre originally offered first-run films and vaudeville acts, and served as a regional meeting place. Closed in 1977, it was purchased in 1988 by The Lincoln Theater Foundation, which successfully restored the theater as a regional cultural center.