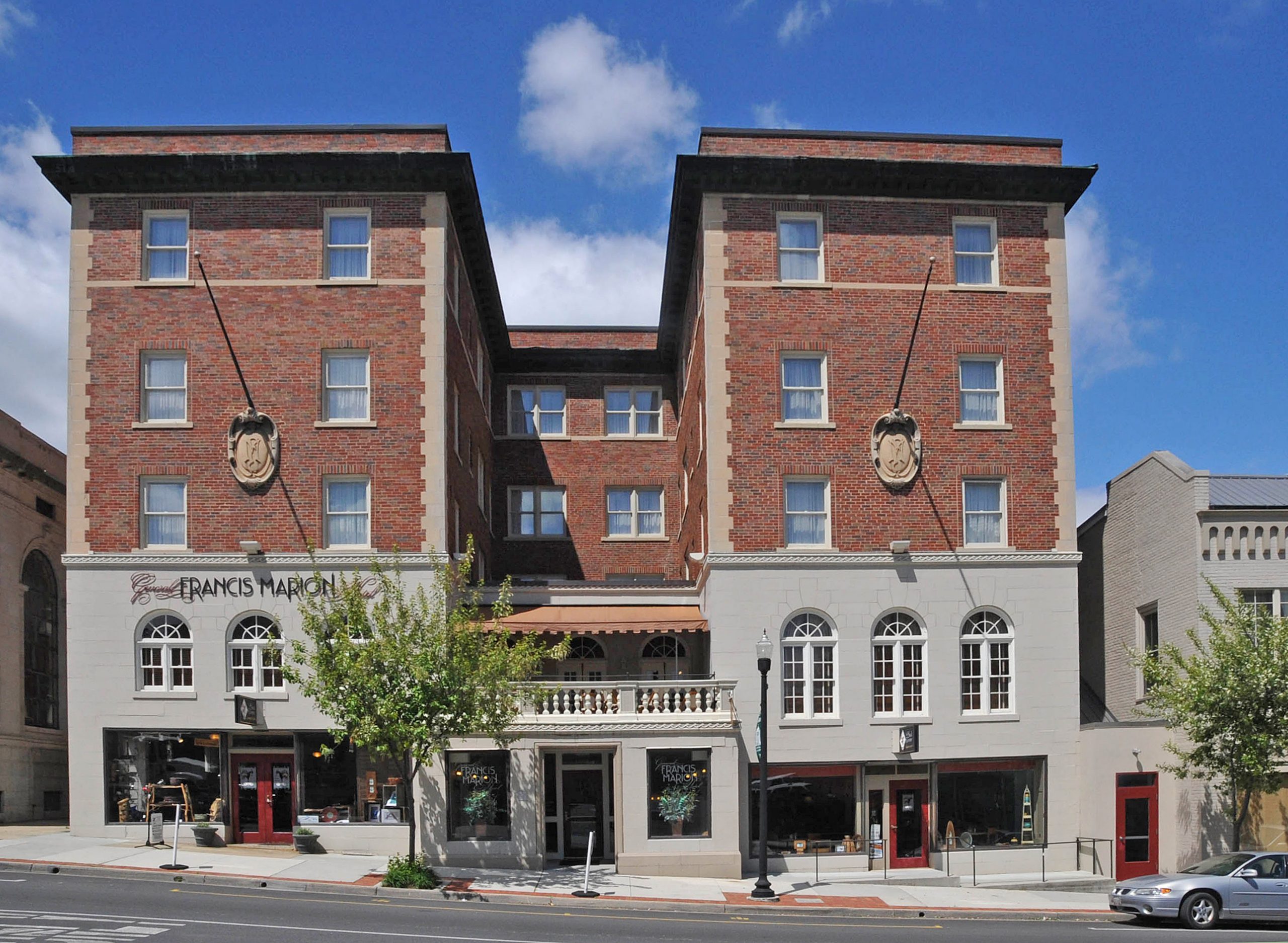 Designed by Eubank and Caldwell of Roanoke, the Hotel Lincoln in the Smyth County town of Marion was completed in 1927 and is one of Southwest Virginia’s few early-20th-century hotels to continue operation since opening. It was named for Charles Clark Lincoln, a well-to-do Marion citizen, who developed the project in partnership with Dr. William M. Sclater. The hotel took advantage of the influx of travelers brought about by the construction of the Lee Highway (U.S. Route 11). Though built for a small town, Hotel Lincoln had the quality of an urban hostelry, being outfitted with a drugstore, coffee shop, beauty salon, and barber shop. Its reception rooms offered space for public and private meetings. Its guest rooms were equipped with private baths and telephones. The Georgian Revival exterior conformed to the latest architectural fashion. A late-20th-century renovation has ensured its continued service.