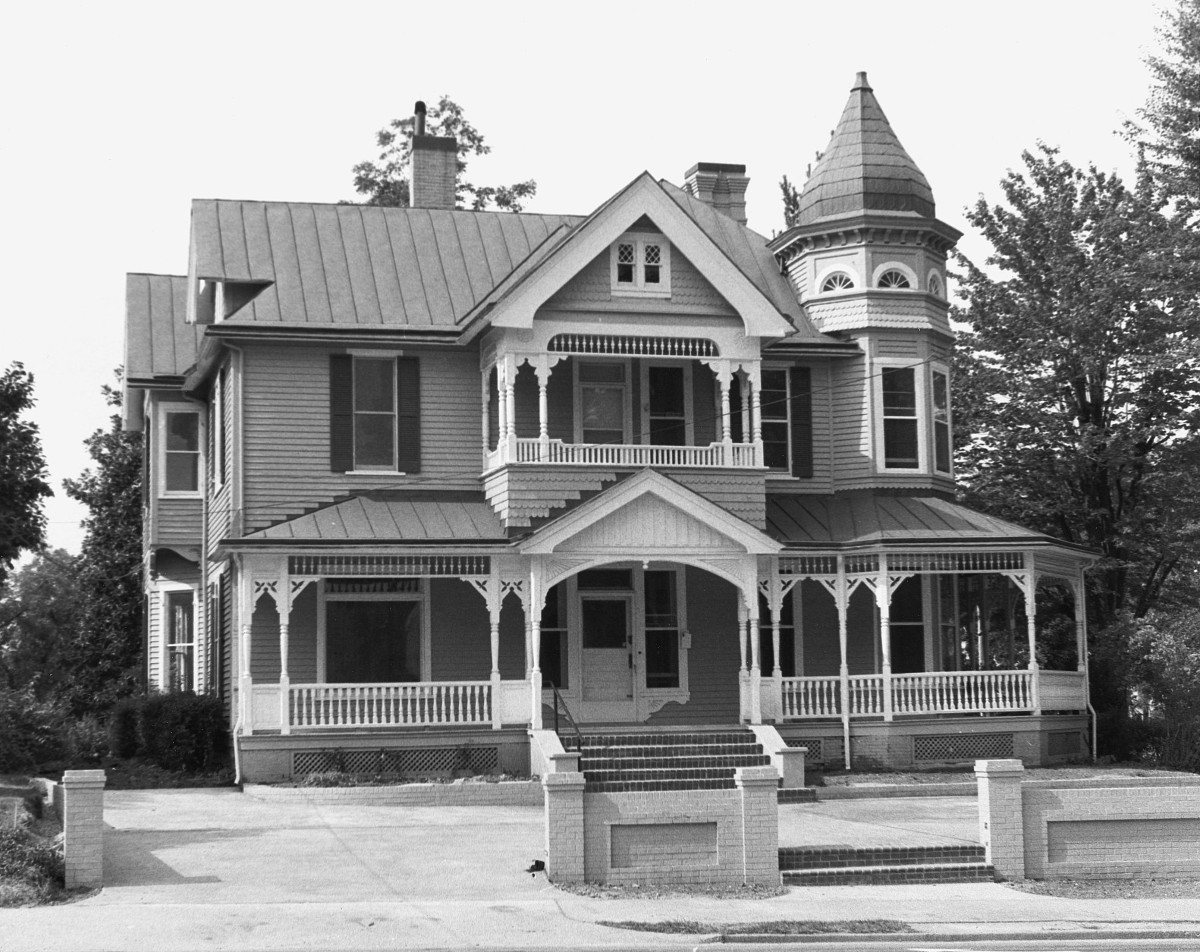 Built in 1896, during a period of architectural gusto nationwide, the John Waddey Carter House is a textbook example of the American Queen Anne style. With its sawn ornaments, shingled surfaces, and spindle friezes, the house, known locally as “The Gray Lady,” displays the virtuosity of the Victorian carpenter. A dominant characteristic of this country’s interpretation of what began as an English revival of vernacular forms is the variety of porches which accommodated America’s sociability and warm summers. The interior features large pocket doors, a stained-glass window, and handsome brass hardware. The house was built in 1896 for local attorney and later city mayor John Waddey Carter for his bride. The house remained in the family until 1987 when it was purchased by Rives S. Brown who restored the house and opened it to the public in 1989.