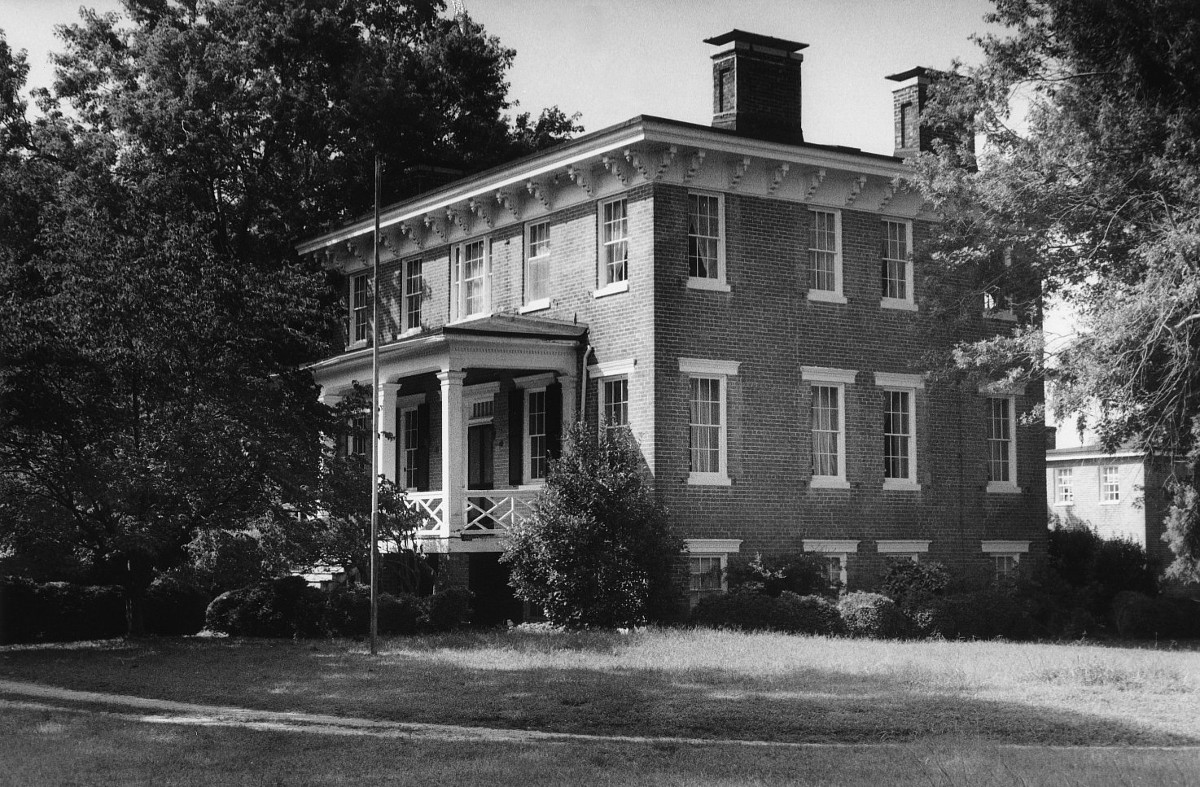 Lee Hall, the stately Italianate plantation house built ca. 1850 for Richard Decatur Lee, is said to have been financed by a bumper crop of tobacco. Lee was placed in charge of the area’s civil defense at the start of the Civil War. The mansion was used as the headquarters of Maj. Gen. John Bankhead Magruder, CSA, during the Warwick-Yorktown phase of the Peninsula Campaign of April-May 1862. An earthen fort in the yard, used to launch a Confederate hot air balloon on April 17, 1862, is a relic of the military occupation. Lee’s support of the Confederate cause brought him financial ruin and the forced sale of the plantation in 1866. The village started in the 1880s at the nearby rail crossing took its name from the house. Lee Hall and the fort are now being developed as a museum by the city of Newport News.