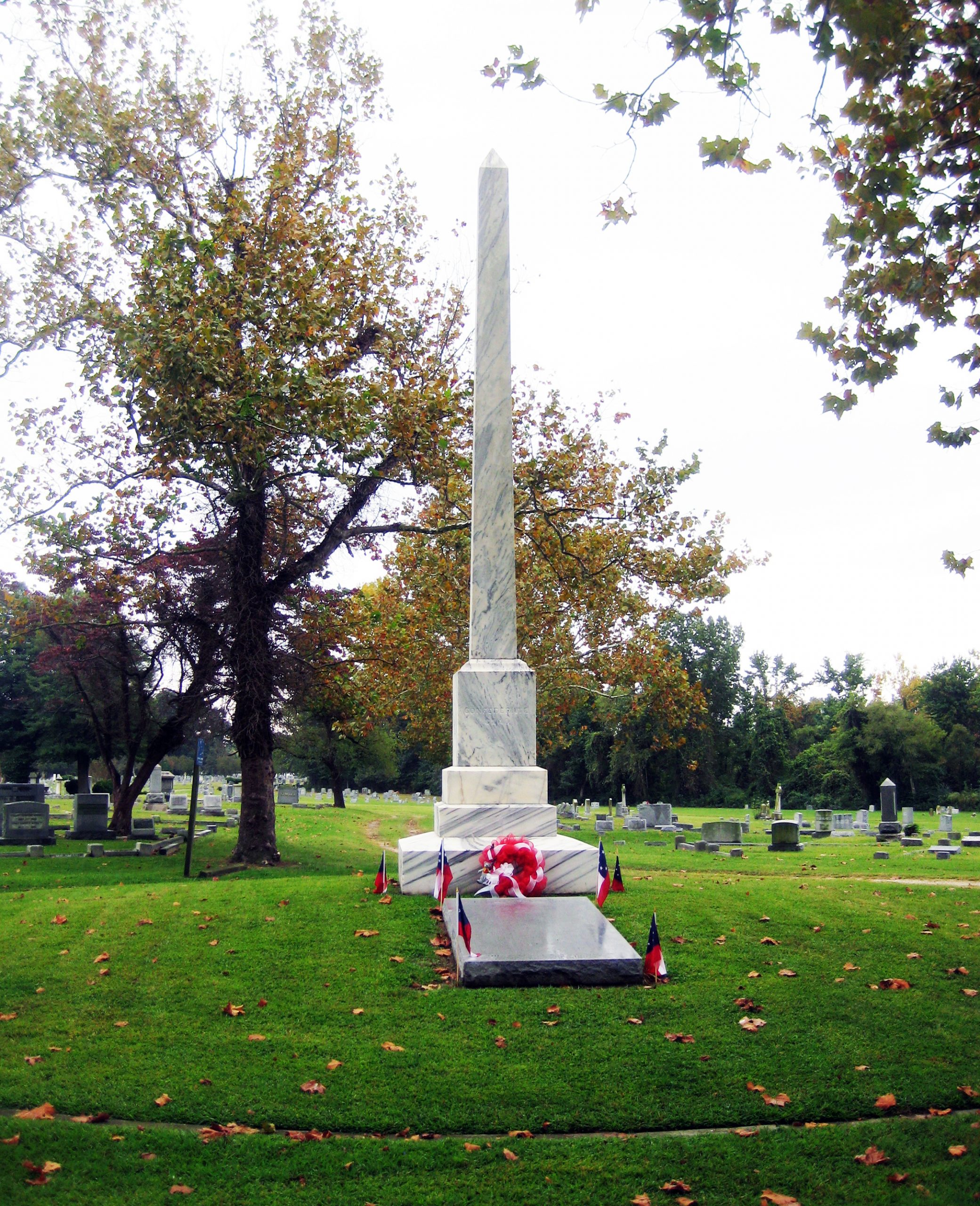 Greenlawn Cemetery is significant both for its landscape architecture and for its Civil War association. Builders chose the site along the border of the cities of Hampton and Newport News because of its distance from the activity of the nearby urban centers. The cemetery plan incorporates the existing natural features of trees and waterways into a larger, picturesque scheme popular in mid- to late-19th-century cemetery design. In 1908, after the present Newport News Shipbuilding Company occupied Camp Butler, a monument was erected commemorating reinterred Confederate prisoners of war from the camp. The monument [pictured above] is prominently placed in the center of a series of concentric circular paths and plots, set back from the more regular paths near the entrance. The cemetery still retains most of its granite curbing, broad paths, and alleys.