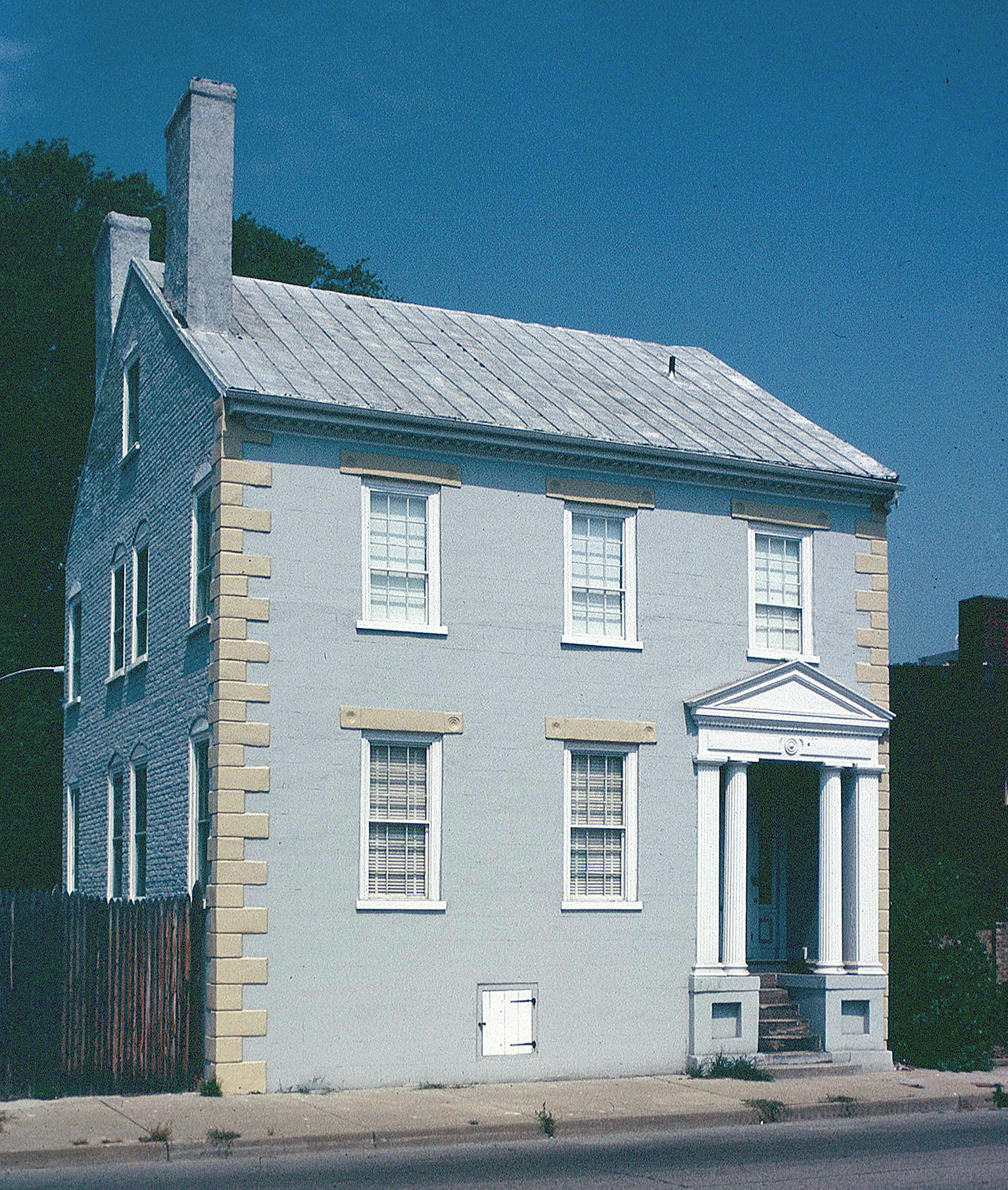 A rare surviving example of Norfolk’s Federal-era housing is the unassuming but finely appointed Duke Street dwelling erected in the 1790s for Matthew Hervey, a local merchant. The Greek Revival entry and heavy window lintels were added in a mid-19th-century remodeling. Contrasting with the restrained exterior is the impressive open-well stair inside, which ascends from the first floor to the attic. Other original Federal trim remains in the principal rooms. The house became the property of Harrison Allmand in 1802 and passed through marriage to the Archer family, who owned it until the 1970s when it was acquired by the Historic Norfolk Foundation. In 1993 the property was purchased by the Grand Temple Daughters of Improved Benevolent Protective Order of Elks of the World for use as the order’s Emma V. Kelly Memorial Library. The Allmand-Archer House contributes to the West Freemason Street Area Historic District.