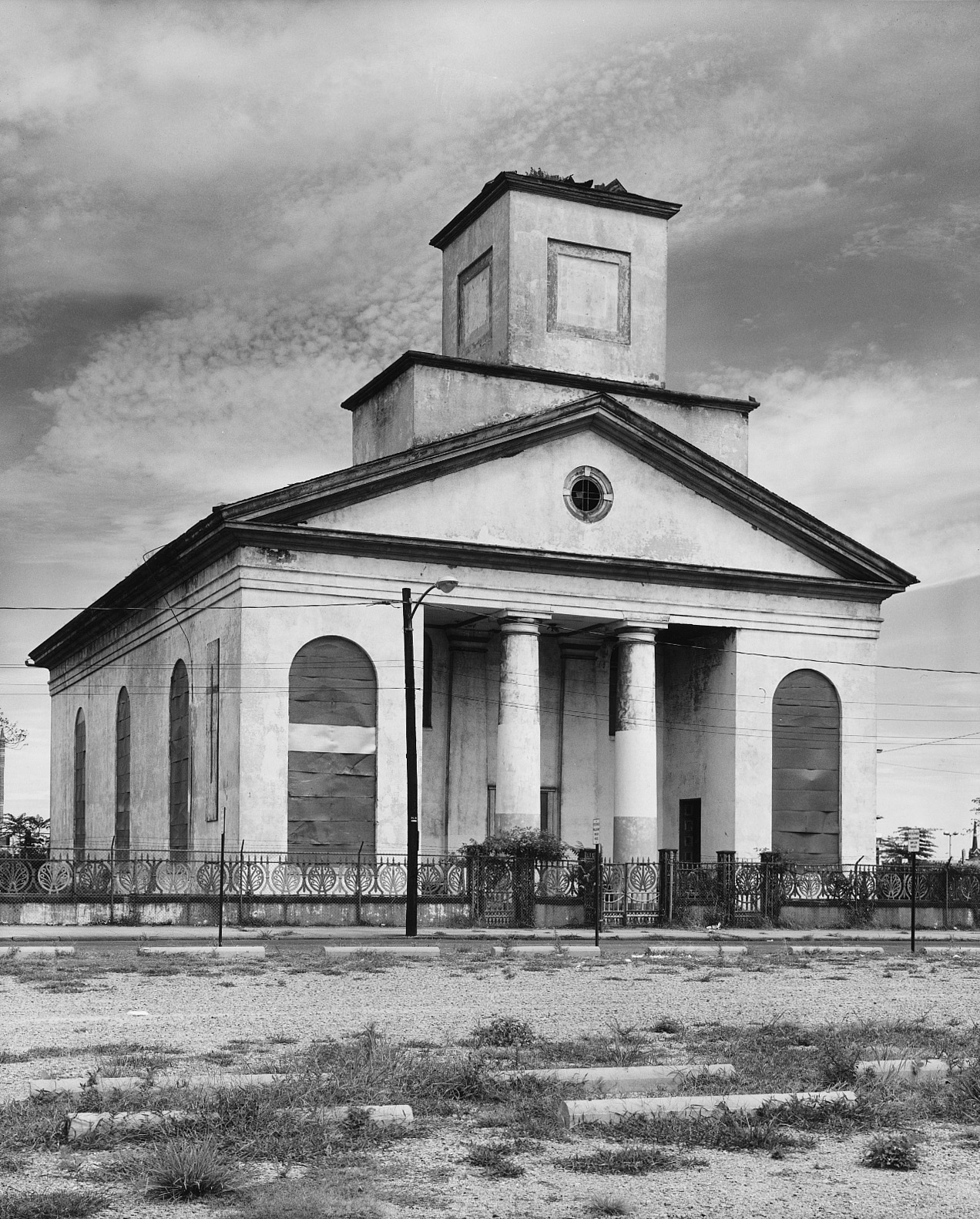 Christ Church was constructed in 1828, a year after its predecessor was destroyed in a fire.  This sophisticated Classical Revival building was used by Norfolk’s oldest Episcopal congregation until 1910, at which time it merged with St. Luke’s Church, and a new Christ and St. Luke’s Church building was constructed at Stockley Gardens.  Christ Church then served as the home of a Greek Orthodox congregation until 1955.  For a few years it continued in use as the House of Prayer for All People, one of 350 disciple churches of Sweet Daddy Grace, a famed African American revivalist, who amassed a following of 3 million people by the time of his death in 1960.  The church was purchased that year by the Norfolk Redevelopment and Housing Authority, which, after failing to find a buyer who would restore the building, demolished Christ Church in January of 1973.