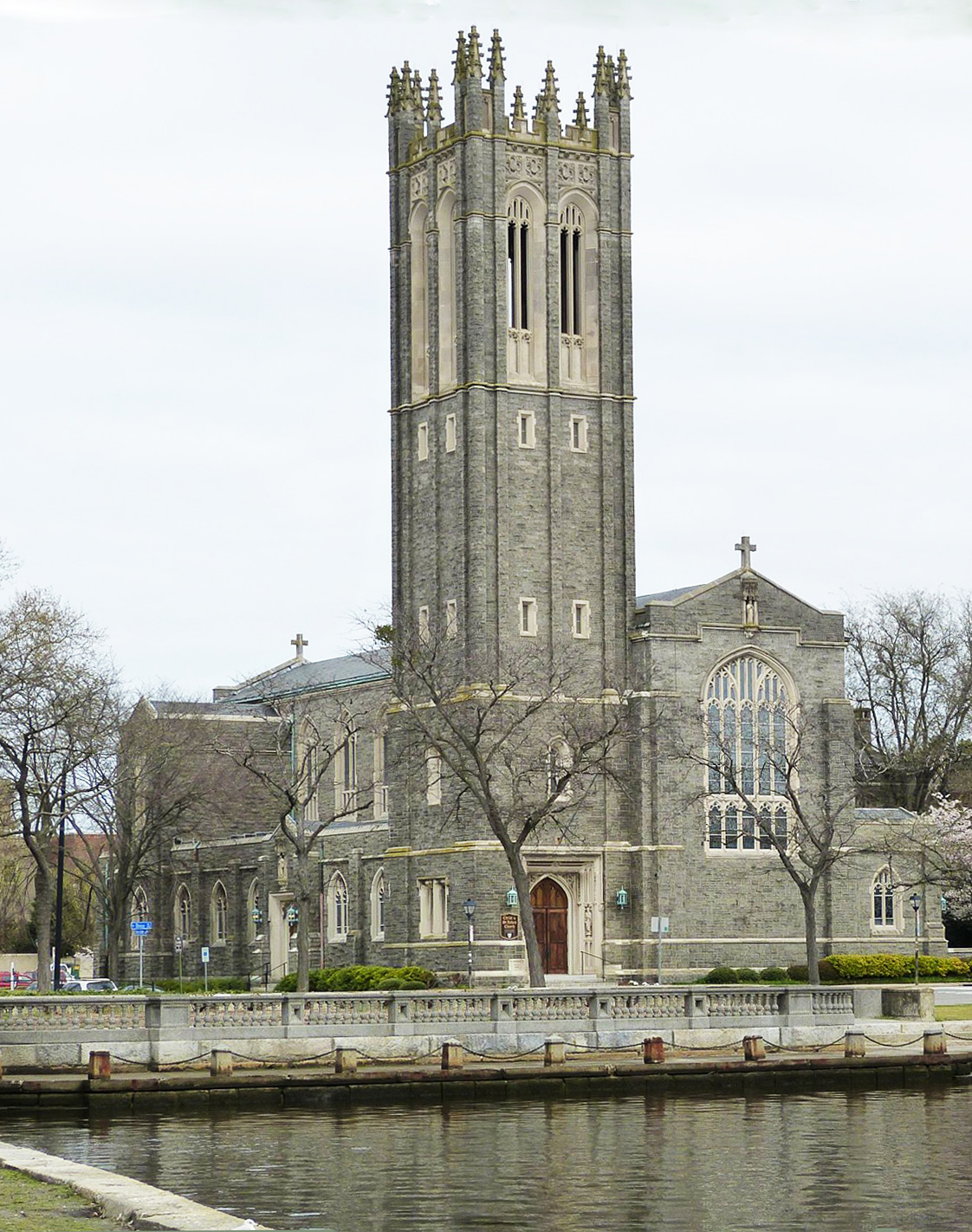 Its traceried windows, elaborate detailing, pinnacled tower, and interior carvings combine to make Christ and St. Luke’s Church one of the state’s purest expressions of the Late Gothic Revival, an architectural movement fostered by the Boston architect Ralph Adams Cram. As are many churches of the movement, this example is a skillful adaptation of the English Perpendicular style. A notable interior feature is the carved reredos containing statues of dignitaries of the Episcopal Church. The congregation traces its ancestry to the Elizabeth River Parish, whose first church dated from 1637. Erected as Christ Church in 1909-10, the present edifice is effectively placed at the head of Smith’s Creek in Norfolk’s North Ghent neighborhood. Its architects, Watson and Huckle of Philadelphia, were experts in the scholarly interpretation of medieval English styles so popular with affluent early-20th-century congregations.

Additional documentation was accepted by the National Register in 2019 that updated the period of significance from 1910, when the church was built, to 1952, when the Lloyd Hall addition was completed.  This update documents the 2007 demolition of a two-story Craftsman building on the church property, called the Guild House, that had served as a bookstore and church office, and it clearly describes the surviving Parish House.
[NRHP Accepted: 4/23/2019]