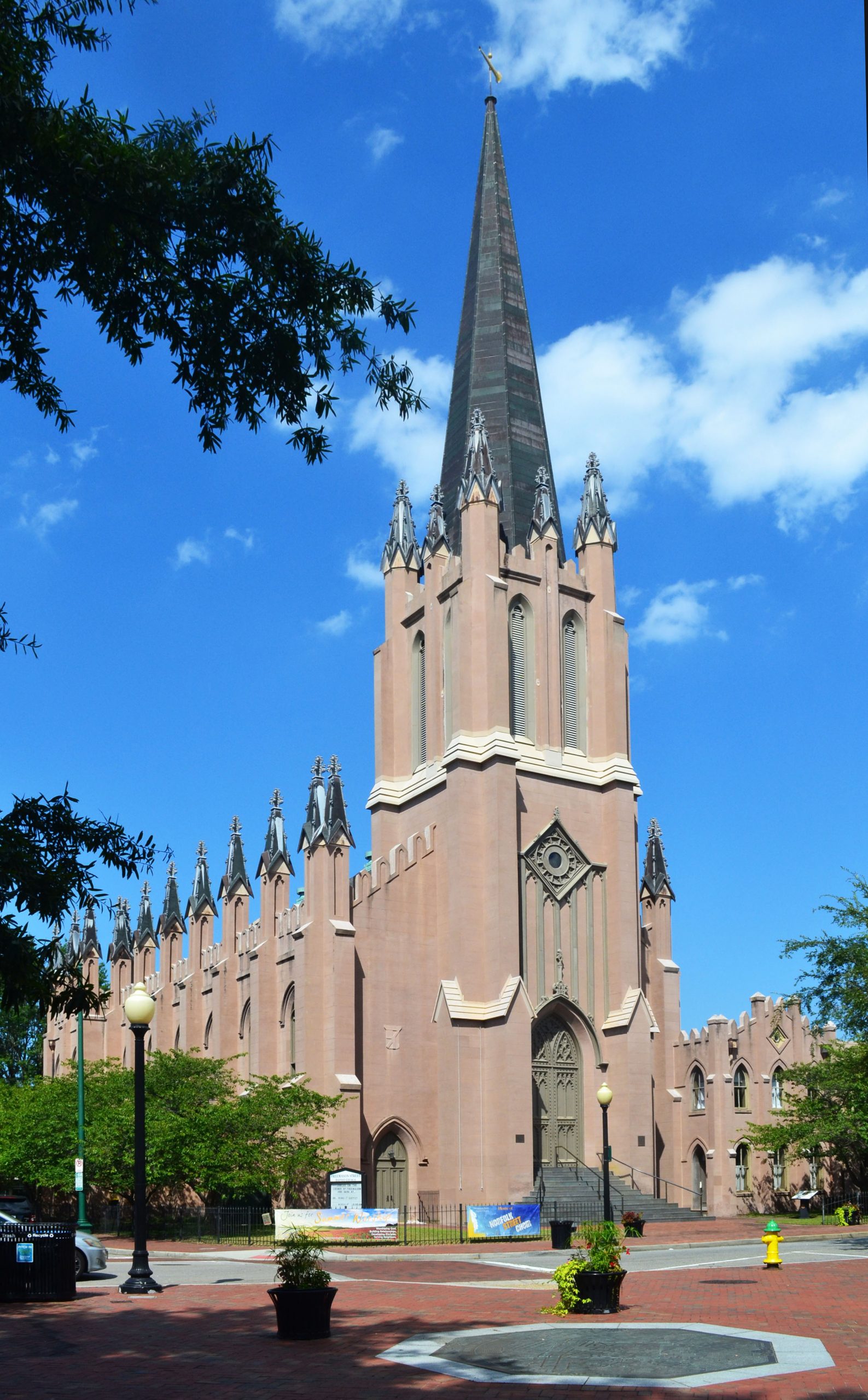 Philadelphia architect Thomas U. Walter designed this pinnacled downtown landmark for Norfolk’s leading Baptist congregation. A complete contrast to the nearby Greek Revival Norfolk Academy building, also designed by Walter, the lofty church, completed in 1858, is a deftly handled representative of Walter’s essays in the Gothic mode. With its mixture of wood, stucco, stone, and metal, all painted to resemble masonry, the church typifies the Early Gothic Revival’s emphasis on dramatic effect at the expense of truth in materials. The church’s steeple, with its Gabriel’s horn weathervane, was somewhat modified in design after it was blown down in 1879. Urban renewal demolitions in the 1960s removed the church’s surrounding historic neighborhood; however, the area was the scene of significant rebuilding late in the 20th century. Freemason Street Baptist continues to serve an active congregation.