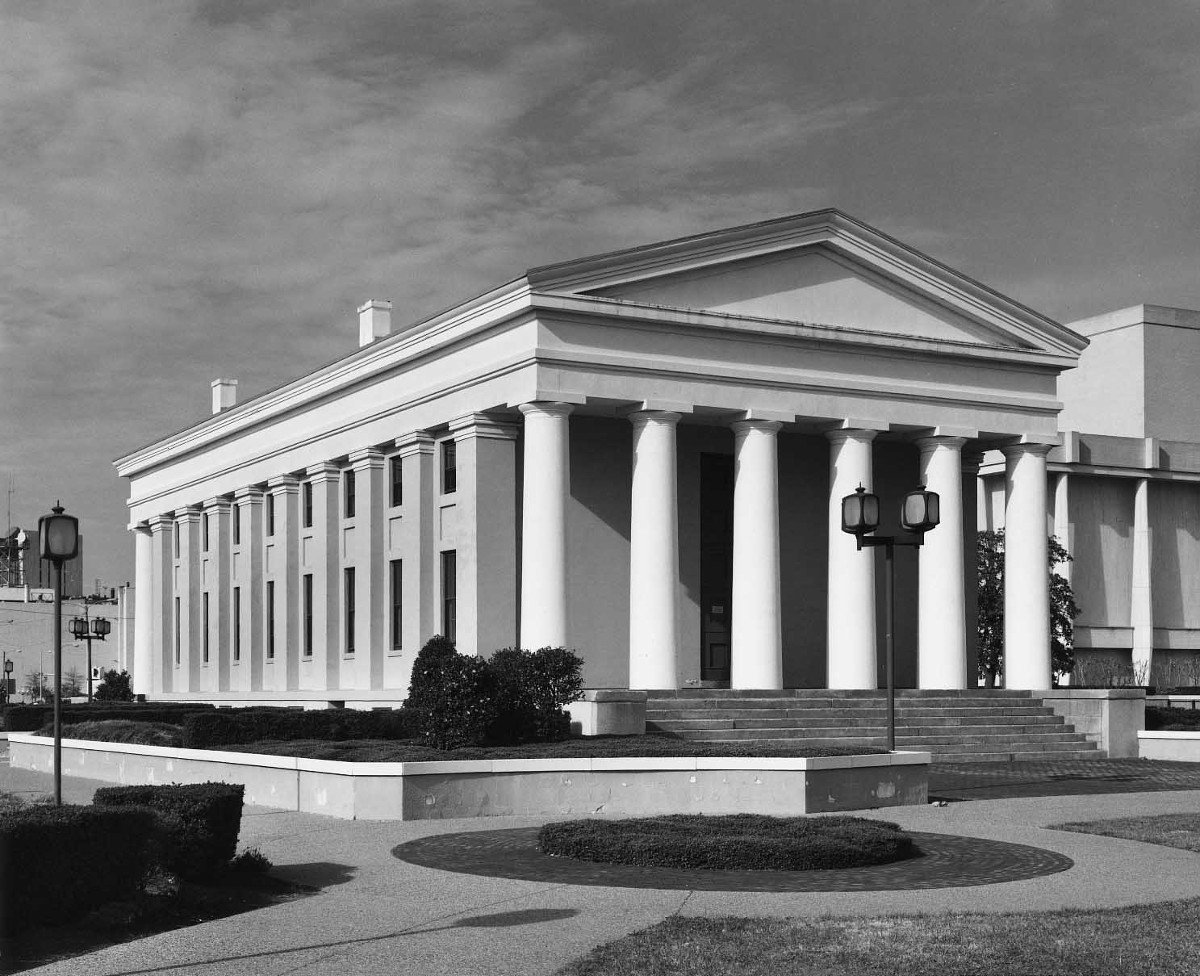 This leading example of the state’s Greek Revival style was built to house the Norfolk Academy, a prestigious boys’ school whose origins are traced to 1728 when the local authorities set aside land for the academy. The school received its present name in 1787 and was chartered by the General Assembly in 1804. The cornerstone of the present building was laid in 1840. Its architect was Thomas U. Walter of Philadelphia, famed as the designer of the dome of the U. S. Capitol. Walter was also architect of the nearby Freemason Street Baptist Church. The academy vacated the building in 1915, and in 1919 it was converted to a juvenile and domestic relations court. In 1971 the familiar downtown landmark was restored to house the Norfolk Chamber of Commerce, later known as the Hampton Roads Chamber of Commerce.