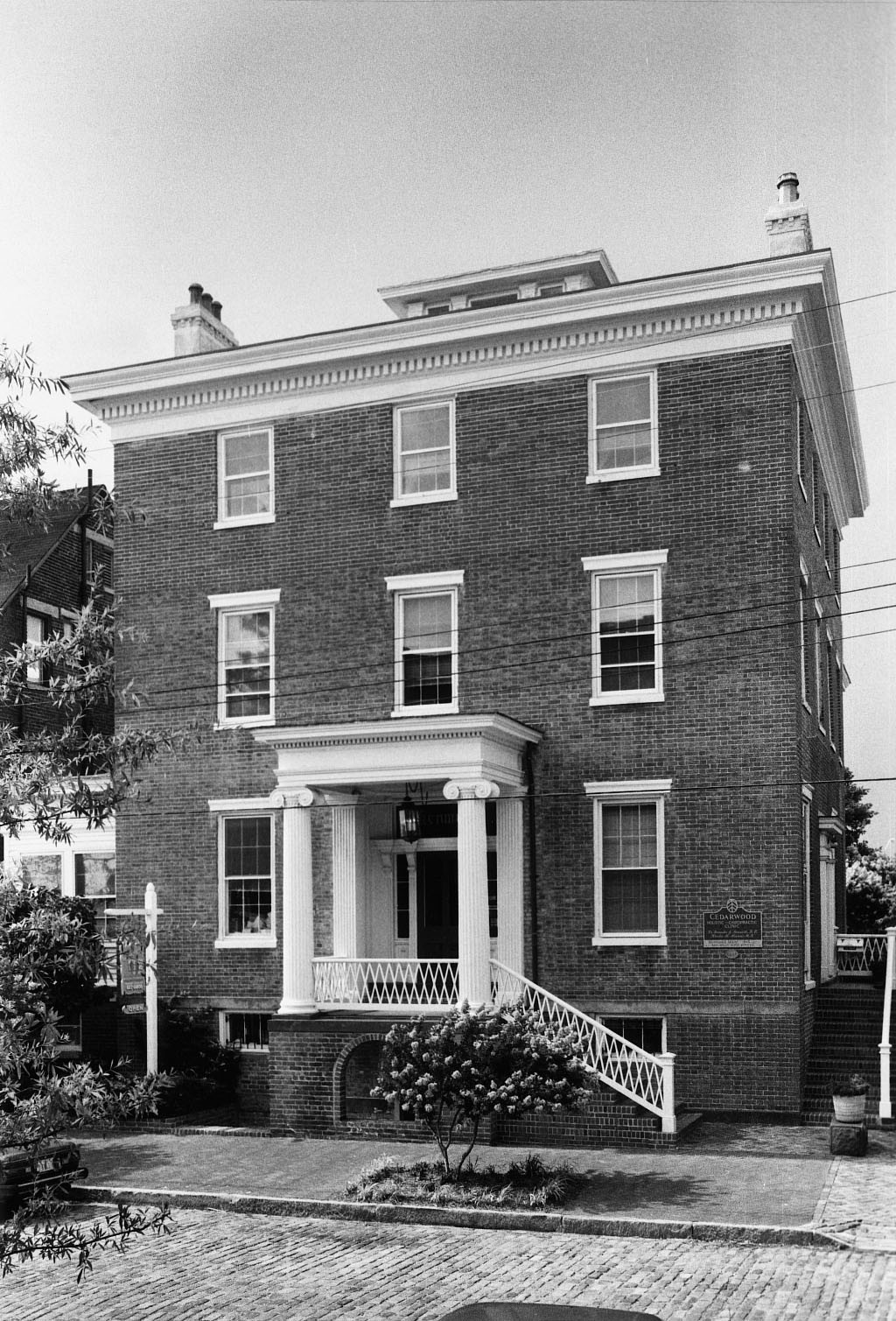 Kenmure is one of Norfolk’s handful of surviving antebellum urban mansions. It was built for William Wilson Lamb, mayor of Norfolk during the Civil War, who is credited with preserving the city’s historic silver mace by hiding it in the house. Following Lamb’s death in 1874 the house became the home of his son, William Lamb, hero of the Confederate stand at Fort Fisher, North Carolina. The younger Lamb also helped restore Norfolk’s financial fortunes by working tirelessly to promote the city’s revival as a port and a center of the cotton trade with Great Britain. The solidly proportioned house began as two story residence in 1845 and received an extra story around 1855. Its original waterfront setting made the house a conspicuous landmark of the West Freemason Street neighborhood.