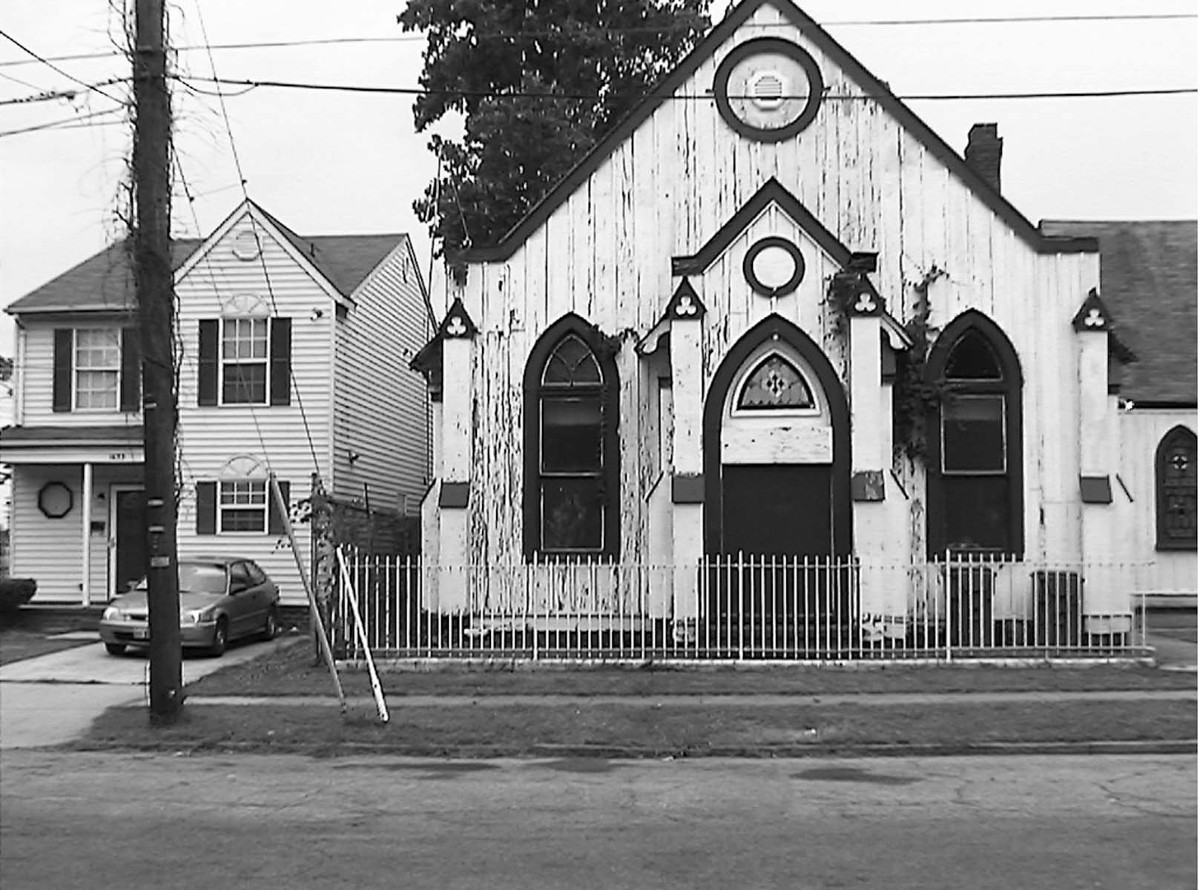 St. Peter’s Episcopal Church in Norfolk embodies many of the architectural, utilitarian, and aesthetic principles found in Richard Upjohn’s popular 19th-century pattern book for designing and constructing Gothic Revival-styled churches and houses. It was through Upjohn’s book that Gothic Revival emerged as a major architectural style during the 19th century. St. Peter’s expresses the style in its arched stained-glass windows, arched doors, arched chancel, and vernacular interior and exterior designs. The church, built in 1886, is one of six parish churches descended from historic St. Paul’s Protestant Episcopal Church (also listed on the Virginia Landmarks Register and the National Register of Historic Places), which has been a focal point of the Elizabeth River Parish since the 18th century.