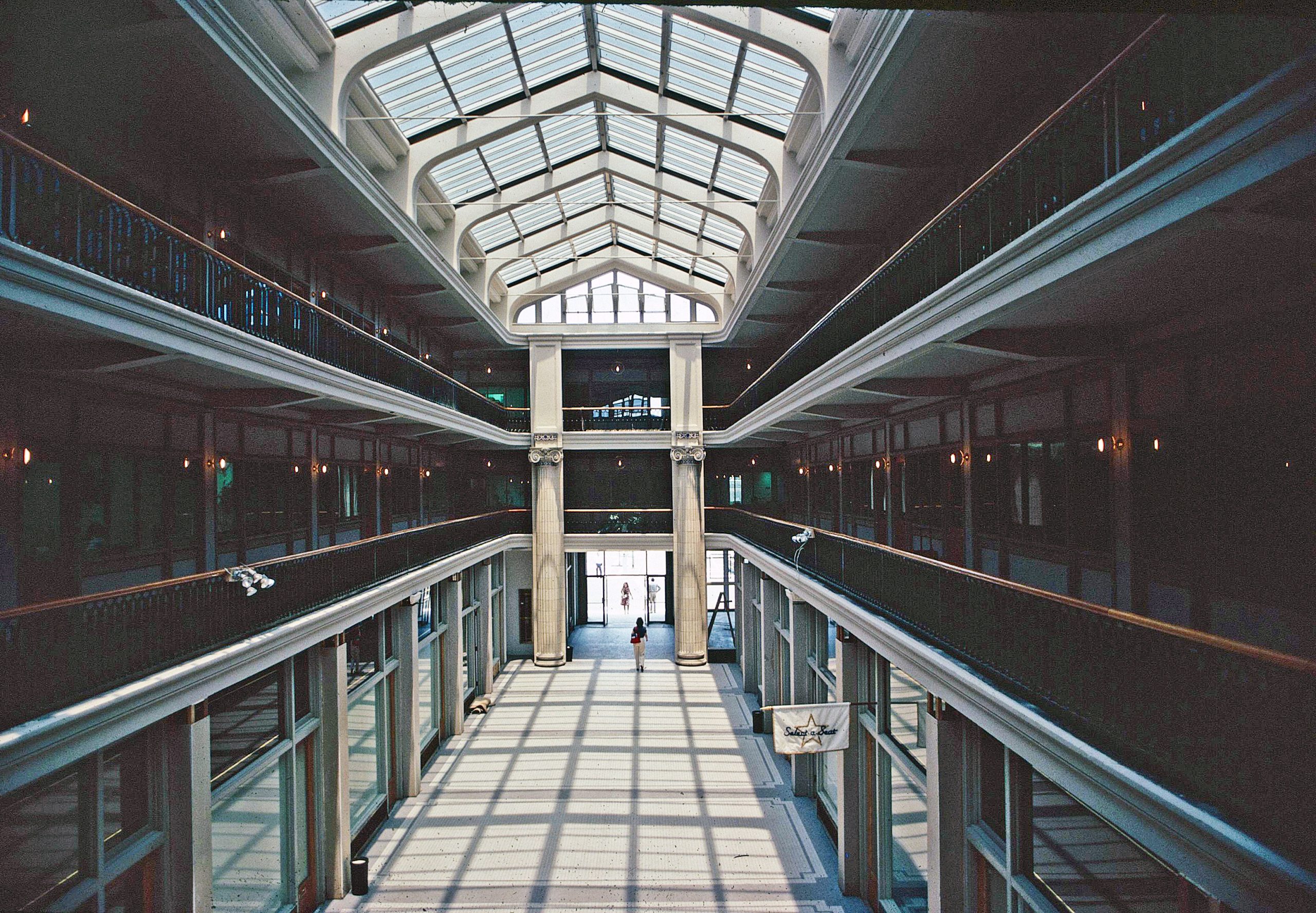 Although the form developed earlier, shopping arcades became de rigueur for cities both in Europe and the United States in the late 19th century. Nearly always highly ornamented and employing large amounts of glass, these arcades provided handsome settings for fashionable shops. Designed by the Norfolk firm of Neff and Thompson and opened in 1908, the Monticello Arcade is one of only two such arcades remaining in the state. Its developer was Percy S. Stephenson. Providing grand entrances are heroic colonnades with Beaux Arts ornamentation of polychromed terra cotta. The lofty interior has two tiers of shops above the ground floor, all flooded in daylight through a glass ceiling. Much of the arcade’s original character was hidden for many years behind tawdry later shopfronts, but a 1980s restoration returned the building’s former suave elegance. The building is now also contributing to the Downtown Norfolk Historic District.