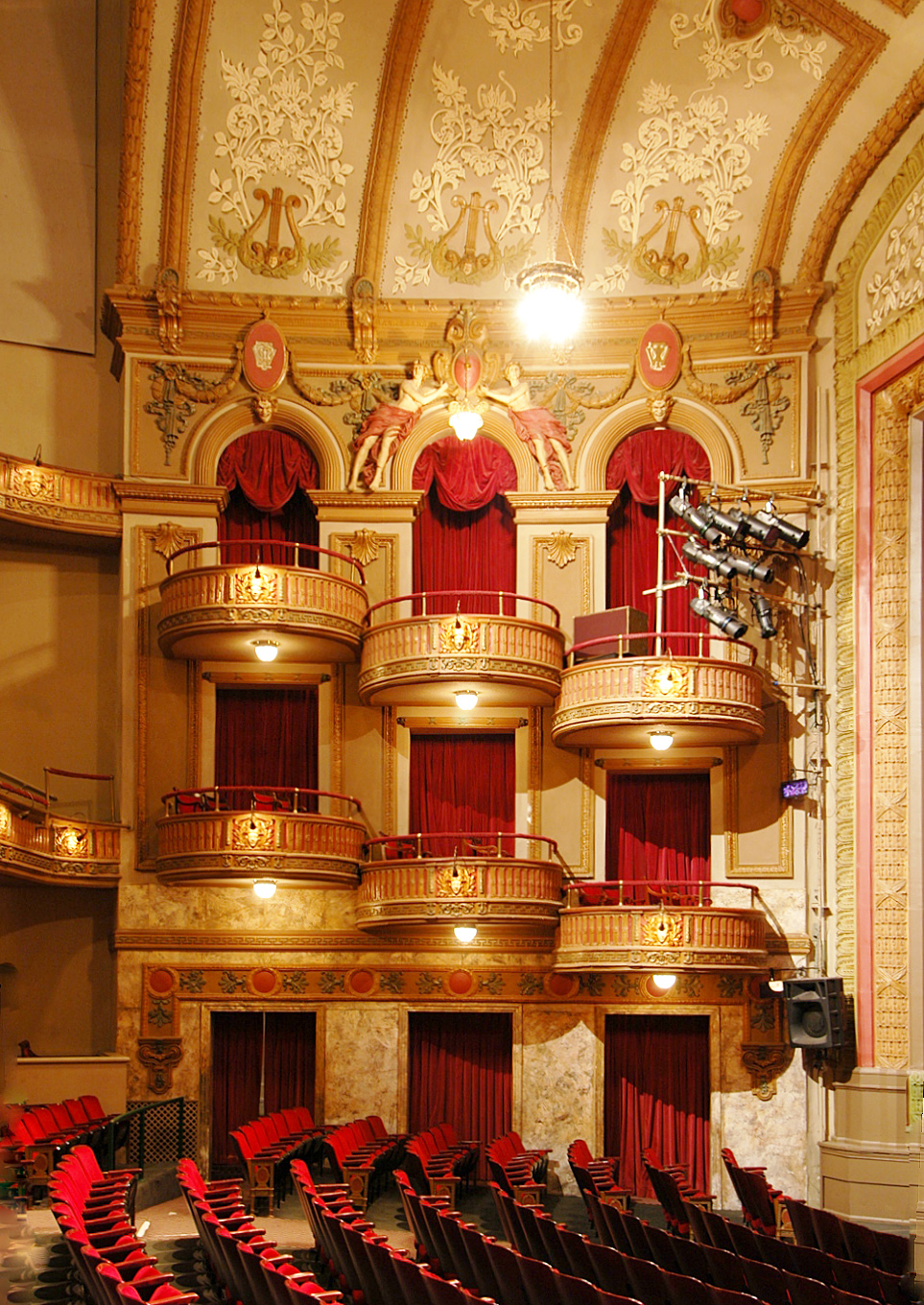 Designed by the New York firm of E. C. Horne and Sons and opened in 1913, the Wells Theatre is both a celebration of early-20th-century popular culture and an outstanding example of Beaux Arts theater architecture. Part of the southern vaudeville chain operated by Jacob and Otto Wells, it was described at its opening as the chain’s “most pretentious playhouse.” The downtown Norfolk building displays all the lavishness associated with theaters of the period: sculptures, ornate light fixtures, stained glass, murals, and heavily encrusted plasterwork, all of which survive in a good state of preservation. Converted to a motion picture theater in the 1920s, the Wells eventually degenerated to showing X-rated films. In 1979 it was acquired and subsequently restored by the Virginia Stage Company for use as a playhouse. The Wells Theatre is now owned by the city of Norfolk.