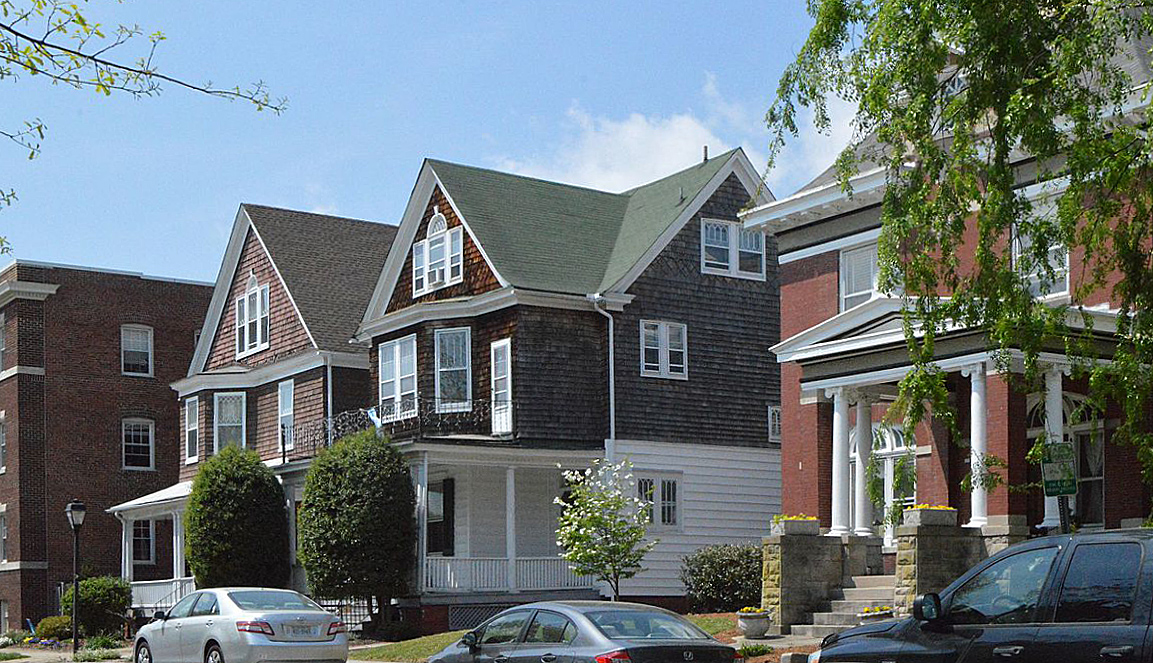 The North Ghent neighborhood in Norfolk was developed between 1897-1912 as an extension of the earlier Ghent neighborhood. Ghent’s major artery, Colonial Avenue, extended north and continued the pattern of large, high-style, Queen Anne and Colonial Revival houses along the avenue. Impressive residential and institutional architecture also exists along Stockley Gardens, a public park created over a filled stream. The introduction of multi-family housing reflects the effect of the 1907 Jamestown Exposition in Norfolk and the population growth fueled by industry and the military. The North Ghent Historic District contains the work of many prominent Virginia architects, including John Kevan Peebles and Finlay Forbes Ferguson.