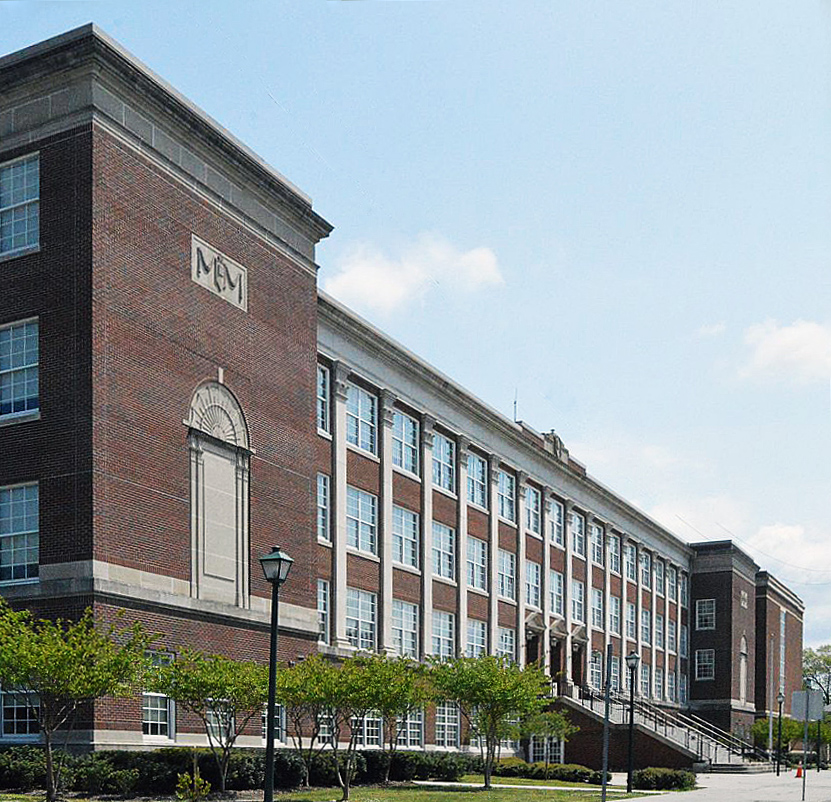 James Blair Junior High School was built in 1922 at the intersection of Colley and Spotswood in the heart of the Ghent neighborhood. It was one of the first two junior high schools built in the city of Norfolk. The junior high school concept had only been adopted by the State Board of Education beginning in the 1917-1918 school year. It was thought that median-aged children would perform better academically when separated from both younger and older students. The firm of Calrow Wrenn and Tazwell designed the building in the Beaux Arts style. The brick structure boasts handsome limestone detailing. The façade features a monumental entrance above a raised basement flanked by end pavilions. The interior of the James Blair Junior High School is oriented along an east/west axis with an impressive auditorium opposite the main entrance.